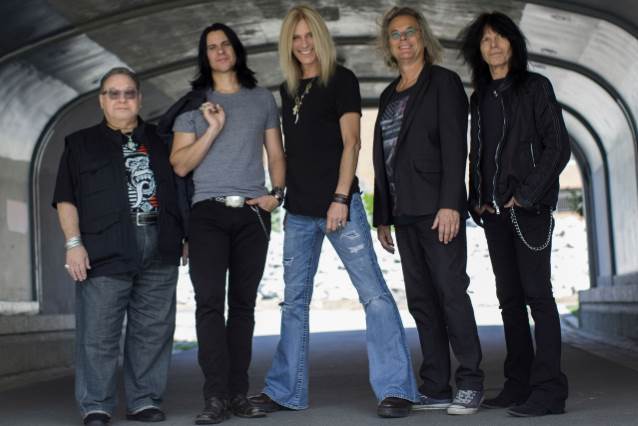 THE GUESS WHO is responsible for countless rock classics, which still retain a major presence on rock radio — "American Woman", "No Time", "These Eyes", etc. The band is set to return on September 14 with its latest album, "The Future Is What It Used To Be", released via Cleopatra Records (available in CD, vinyl, and digital formats).

"The song is a celebration of the radio and what it meant to us all," explains D#. "Whenever a new great song hit the airwaves, the DJ would say a few words then off to the races! You'd tune in just to hear it over and over again. The character in the song could be any one of us as we move ahead in life. Great music has the innate power to transport you back to so many great memories in an instant. Music is healing. I see it and feel it every single night in our audience."

A music video for the track has been filmed — directed by Nigel Dick and shot in Las Vegas — and the song can be pre-ordered on iTunes. The video can be viewed below.

"I love what I do, and I love trains and I love rock n' roll," explains Nigel about the video. "So, I was honored to be asked to shoot THE GUESS WHO. And when they told me they were available for a day in Vegas and by chance I stumbled on this wonderful railyard full of old engines just up the road from the strip, I was in heaven — and up to my axles in dust! It was a perfect day."

And the band is pleased with the results. "My very first music video…who knew?!" says Garry. "Having the privilege of working with the legendary Nigel Dick, took me back to growing up in an era where music videos told a creative visual story that I always looked forward to seeing by my favorite artists," adds Will. "This track was no exception, adding a colorful, action packed sequence to a great story."

Garry Peterson: "I never dreamed that I would get a chance to record an album, after 40 years, in the same way, and with the same recording gear that we used in the '60s and '70s. This was truly a blessing for me and a humbling, cathartic experience for my musical soul. Thank you to all my bandmates, and everyone who helped make it a reality. I hope our fans enjoy it as much as I do."

D#: "This all started when I wrote 'Playing On The Radio'. Lyrically and musically, these songs are the soundtrack to my journey with THE GUESS WHO over the last 10 years. This record was a joy and an honor to create. As version 3.0 of this iconic band, we had our work cut out for us. The challenge in this type of situation is always to be true to the heartroots of the original blueprint, as well as being able to journey onwards into an inspired future, incorporating the new energies that we bring to the experience, as you do in any family, generation after generation. I hope you enjoy the ride as much as we did."

Will E: "I am honored to be a part of this chapter of THE GUESS WHO. We specifically wrote and arranged the music to reflect what people have always loved about the band; great songs with big vocal driven choruses. We accomplished our own sound while maintaining the classic nature that makes THE GUESS WHO an iconic band."

Rudy Sarzo: "THE GUESS WHO is part of the soundtrack of my life. It's truly an honor to have performed on the new record. And I'm already looking forward to the next one."

Leonard Shaw: "It has been quite the trip since I joined the GUESS WHO 25 years ago, but I am stoked about our new recording of original songs! These songs are fun to play live, and people are digging them!"

"The Future Is What It Used To Be" track listing: 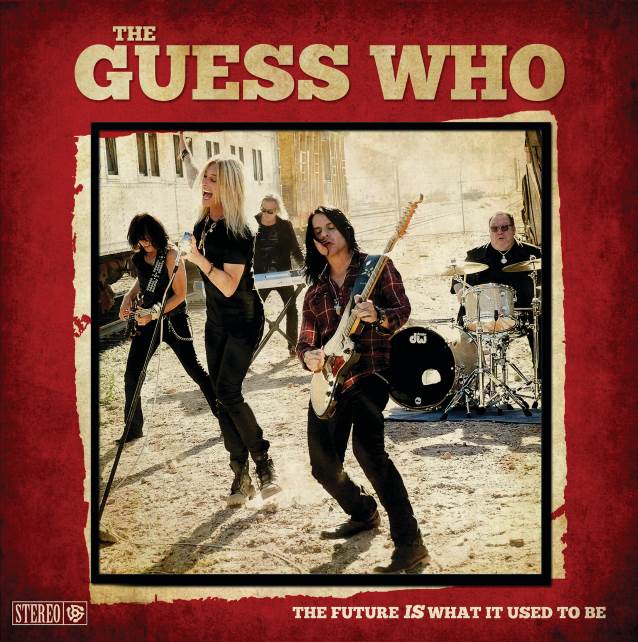