Maryland rockers CLUTCH have announced a string of winter 2021 headline tour dates celebrating 30 years of rock and roll. Support on the trek, which will kick off on December 27 in Baltimore, Maryland, will be STÖNER, the brand new band featuring Brant Bjork (KYUSS) and Nick Oliveri (QUEENS OF THE STONE AGE, KYUSS). The run will also include Detroit natives and "thrash grass" pioneers THE NATIVE HOWL.

"We are incredibly excited to hit the road again," states CLUTCH. "We've missed the shows, the fans, the venues and the opportunity to watch the other bands we share the stage with. It's going to feel like our first show all over again and we can't wait! Come out and let's make some rock and roll!"

Tickets will go on sale to the general public on Friday, May 21 at 10:00 a.m. at ClutchOnTour.com.

CLUTCH drummer Jean-Paul Gaster recently told the Chicago-based webzine Metal Kaoz that he and his bandmates have "written a lot of songs" in the last year for the follow-up to 2018's "Book Of Bad Decisions" LP. He said: "We've been writing now for our new album that we will record in the fall, and I think we're spending more time than ever in the studio, just trying out different ideas. And most of the ideas don't ever really make it to the end; we try 10 things and we keep one. 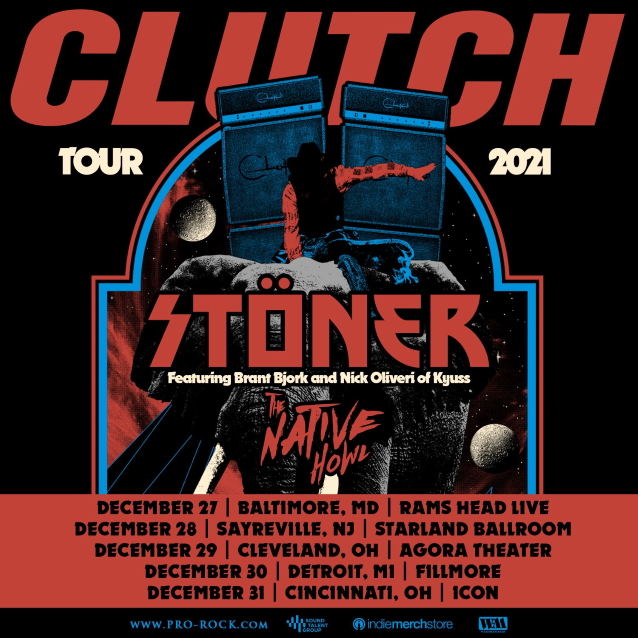