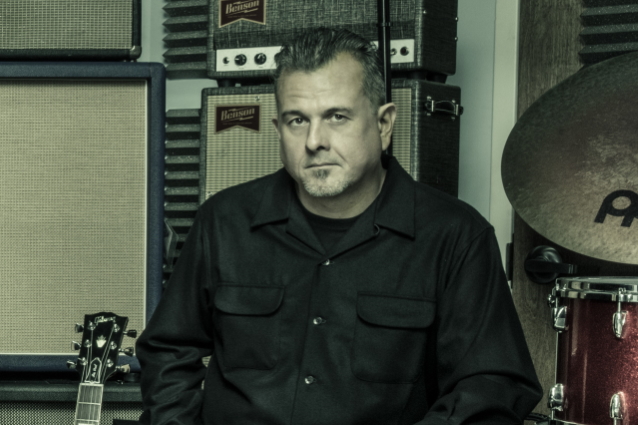 Jean-Paul Gaster of CLUTCH was recently interviewed by Anne Erickson of Audio Ink Radio. You can now listen to the chat below.

Asked for his thoughts on the state of rock music, Gaster said: "Rock depends so much on being able to get out and connect with fans, and we can't do that right now. So I think to say that rock is in a good place is an overstatement. I especially worry about the young bands that are out there now. I know that once this thing blows over, bands like CLUTCH and like MASTODON and like LAMB OF GOD and BLACK LABEL SOCIETY, all these bands are established and they have fans, and I know that those fans are gonna come back to see the shows. But I'm worried for the younger generation of bands — bands that are releasing records right now, or getting ready and wishing they could go on tour right now, because these early days in a band's career are just so, so important. It's really all about getting out there and playing — you have to have that experience. And right now, it's tough for those bands that are being denied that experience. You can't get that time back."

Gaster also talked about what the concert industry may look like post-pandemic. He said: "I think it's gonna take some time to get back to where we were before. The touring industry was at a point where it was enormous. The festivals that were happening, the amounts of people that were coming to see shows, I think, was pretty unprecedented. It got to a point where it was really a huge part of the economy. It was really an economy unto itself, because not only were there bands and fans, but there were also trucking companies and there were catering companies and bus companies and road crew. So there was a lot of people that were making careers out of touring. It's gonna take some while for that to come back. I don't see it just growing back immediately. And it might be a gradual thing. It may be these smaller venues that sort of lead the way to bigger shows and bigger shows."