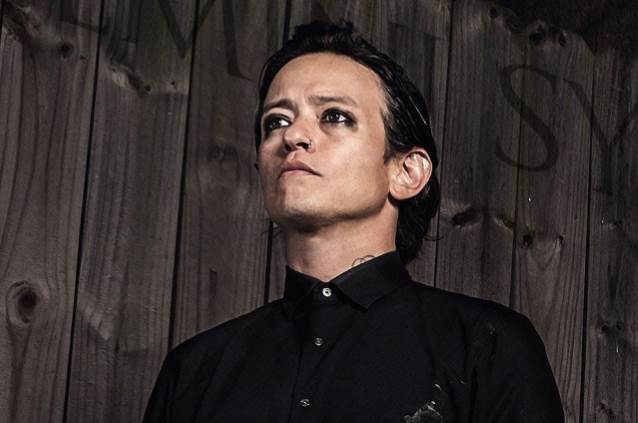 COAL CHAMBER Guitarist On His Bandmates: 'We're All Older Now, So We No Longer Have Issues With Each Other'

COAL CHAMBER guitarist Miguel "Meegs" Rascón says that he no longer has issues with any of the other members of the band.

The group that put Rascón on the musical map and gave him his first and only gold-certified album in the shape of the band's 1997 debut, COAL CHAMBER existed for ten years before disbanding in 2003 to pursue other musical projects. They reunited in 2011 for touring purposes but it wasn't until 2014 that the group began work on a new studio album of original material, 2015's critically acclaimed "Rivals". Several months of touring activity followed before singer Dez Fafara returned to DEVILDRIVER to make a new record, 2016's "Trust No One", while Rascón went on to join GEMINI SYNDROME.

Asked in a new interview with SchecterGuitars.com how the COAL CHAMBER reunion came about, Meegs said: "Well, after many years of being broken apart, Dez called me to get the band back together. It took years after that to really jell and form a bond together again. Lot of hard work and soul searching. It just felt right after many years to make music and tour again. Fully organic in that sense. Wasn't about money for me. It was about doing it right."

Meegs also praised "Rivals", saying that he and his bandmates "wanted to make a classic COAL CHAMBER album, but with a more modern sort of twist. Something heavy with groove, with guitar soundscapes that were different than everyone else. I'm very proud of it."

Asked if the members of COAL CHAMBER were able to put all their drama and internal fighting behind them or if those demons came back during the last tour, Meegs responded: "It's a thing of the past. We're all older now, so we no longer have issues with each other. That's a young man's game. [Laughs]"

Rascón's latest comments seem to contradict those made by Fafara, who told Australia's "Scars And Guitars" podcast in a recent interview that COAL CHAMBER is "not coming back" because he found out during the band's last run of shows that some of the other members of the group "can't continue" and "can't go on" due to the fact that "they're all still fucked up and in the same headspace." He explained: "When you're dealing with people that are partners, that suffer from mental illness — literally — you can't get shit done."