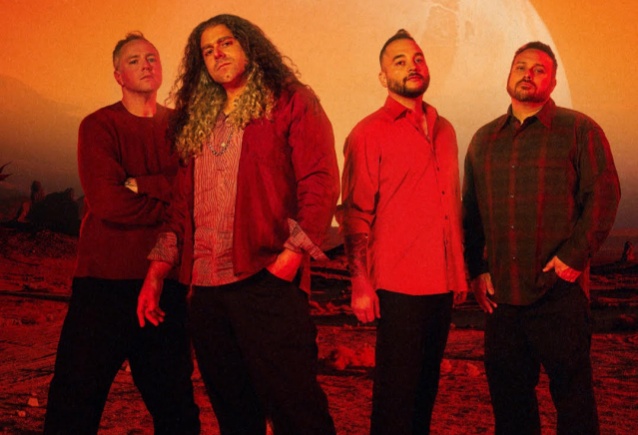 COHEED AND CAMBRIA have announced details of a massive North American trek deemed "Neverender: No World For A Waking Mind" tour which is set to get underway this spring. The upcoming dates will see the band performing their seminal album "No World For Tomorrow" in full, along with a strong mix of songs from their most recent album "Vaxis II: A Window Of The Waking Mind". Special guests DEAFHEAVEN will feature as support across the tour, which begins April 28 at The NorVa in Norfolk, Virginia and continues through late May with a second leg picking up on September 6 at the Fillmore Charlotte in Charlotte, North Carolina and wrapping up at the Hollywood Palladium in Los Angeles, California on October 7. Pre-sale tickets for the tour will be available beginning tomorrow, January 25 at 10:00 a.m. local, with public on sale starting Friday, January 27 at 10:00 a.m. local.

To celebrate the forthcoming tour, the band has also shared an official music video for their single "Beautiful Losers", which is streaming now on COHEED AND CAMBRIA's official YouTube channel. Filmed while the band was on tour in Germany, the live performance clip illustrates the bond between the band and their fans around the world. The track itself depicts the plight of "Vaxis II"'s main characters Nea and Nostrand, two underdogs battling an evil empire and while the song's title also serves as an allusion to COHEED AND CAMBRIA's beginnings — frontman Claudio Sanchez and guitarist Travis Stever had briefly been in a band called BEAUTIFUL LOSER, named after a Leonard Cohen novel.

"It would be hard to find a rock band with as much of an ambitious, all-encompassing artistic scope as you find with COHEED AND CAMBRIA," affirmed Juxtapoz while Kerrang! attested "COHEED AND CAMBRIA continue to boldly go where no band has gone before, and long may it continue." Revolver noted "'Vaxis II' is kind of a perfect record for the pandemic age: an ambitious and truly epic song cycle that you can get thoroughly lost in," and SPIN praised the collection for "flirting more overtly with dance beats, R&B, and symphonic music."

For the last 20 years, COHEED AND CAMBRIA have continuously broken the mold of what a rock band can be, forging their own path and building a universe around their music unlike any other. Whether it is in the way their genre-spanning approach to songwriting has allowed them to bridge worlds without being contained to one, or the multifaceted story arc of their albums and comic book series which mark the longest running concept story in music, COHEED AND CAMBRIA have consistently shaped new standards, never conformed. Comprised of Claudio Sanchez (vocals / guitar),Travis Stever (guitar),Josh Eppard (drums) and Zach Cooper (bass) the band has gripped listeners and press around the globe with their visionary compositions and conceptual mastery.

"Neverender: No World For A Waking Mind" tour dates:

Coheed and Cambria is proud to present:
Neverender: No World For The Waking Mind.
-No World for Tomorrow in full
-plus...

Posted by Coheed and Cambria on Tuesday, January 24, 2023