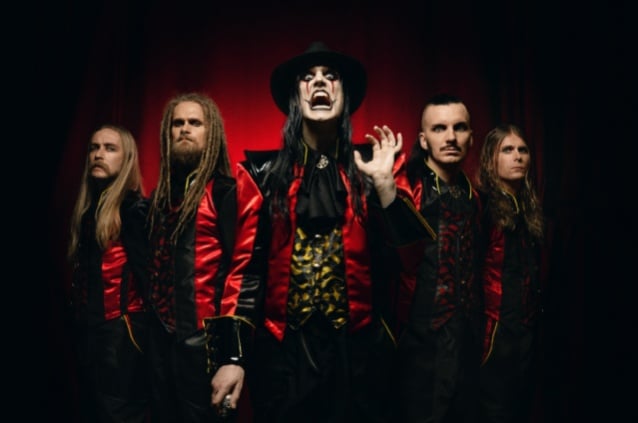 Swedish metallers AVATAR will embark on a U.S. tour this spring. The trek, which will feature support from VEIL OF MAYA and ORBIT CULTURE, will kick off on April 28 in Omaha, Nebraska and conclude on May 28 in Pittsburgh, Pennsylvania.

Says AVATAR: "It's time to demolish some good ol' American asphalt again. We're bringing this show on the road, so put on your dancing shoes and leave your halos at the door. See you at the circus!"

AVATAR will release its ninth album, "Dance Devil Dance", on February 17 via Thirty Tigers. The LP was recorded in the Swedish wilderness, far away from all the perceived glamor of the big city and modern studios. Jay Ruston (ANTHRAX, MR. BUNGLE, CROBOT, STONE SOUR, AMON AMARTH, URIAH HEEP) returned as producer. He first worked with AVATAR when he mixed "Hail The Apocalypse", a role he reprised on "Feathers & Flesh" before taking the wheel as producer on "Avatar Country" and "Hunter Gatherer".

Last year, AVATAR announced its signing to Thirty Tigers and the launch of its own Black Waltz Records imprint. In addition, Eckerström and his bandmates unleashed four new songs which, according to the group, represented a taste of things to come.

Last August, vocalist Johannes Eckerström told TotalRock about AVATAR's upcoming LP: "My best thing to liken it to is [JUDAS PRIEST's] 'British Steel' in the sense of that… JUDAS PRIEST were always great, and before 'British Steel' you had 'Killing Machine', you had 'Sad Wings Of Destiny' and all this, but they were a great heavy metal band, a great rock and roll band, a great prog band at times and kind of eclectic. And then with 'British Steel' I find they really got laser focused, cut off the fat. And we're focused on what we feel right now metal needs — this very pompous but yet…

AVATAR enjoyed quite a productive summer last year, traipsing North America on a successful headline tour. They next embarked on some of the biggest shows of the career — a trek with IRON MAIDEN, supporting the band in stadiums in Brazil. AVATAR also played arenas supporting SABATON. They secured slots at major festivals globally — Inkcarceration, Summer Breeze and Bloodstock Open Air, among others. 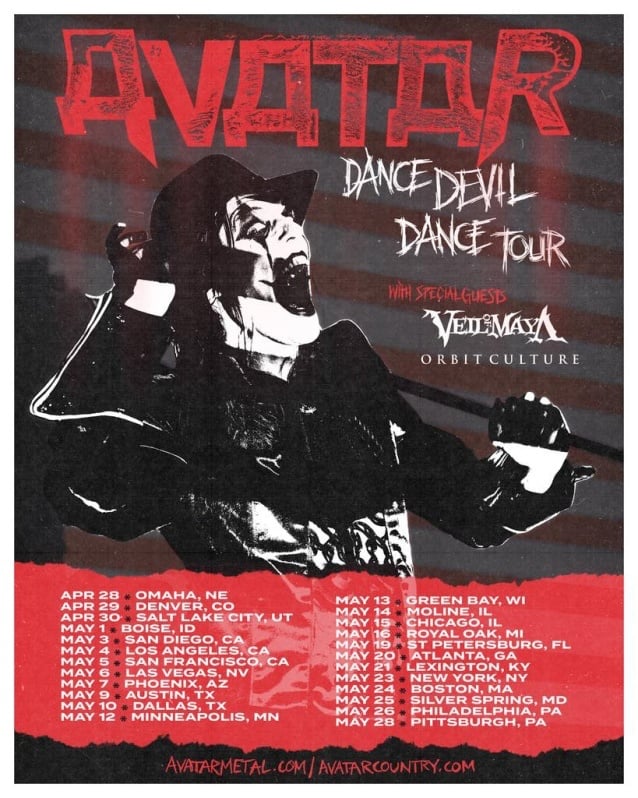