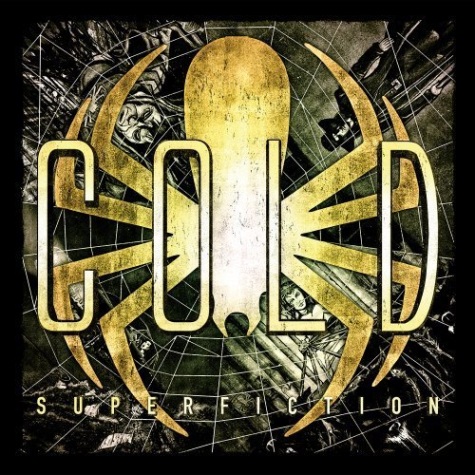 COLD's video for the song "American Dream" can be seen below. The track is the second single from the band's fifth studio album, "Superfiction", which sold around 11,000 copies in the United States in its first week of release to debut at position No. 37 on The Billboard 200 chart. The CD was released on July 19, 2011 via Eleven Seven Music/SonicStar Records.

Sonically, the trademarks of COLD's sound remain intact on "Superfiction". The bellowing bass, warm guitar hum, and driving drum beats all make for impactful music just like it did when the band first formed in 1996. The band's first CD since 2005 weaves together twelve tales of heroism, heartbreak, and healing. On "Superfiction", COLD combines vivid, vibrant storytelling with elegant rock. It's a combination that the band has perfected since it burst onto the scene in 1998 with its self-titled debut.

The title really sums it all up, though. Frontman Scooter Ward reveals, "Superfiction is art that literally pops off its canvas or foundation. In that sense, it becomes something else. The word wraps up the record because we want these stories to come to life. I want you to sit down and listen to the songs and feel the stories. After you've read the story, you can visualize this unfolding in your mind."