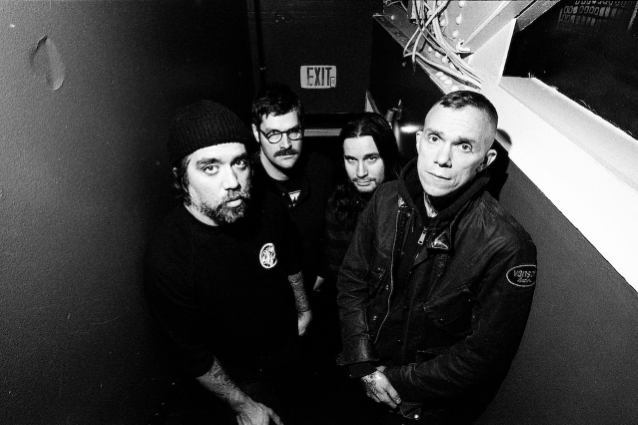 CONVERGE comments: "To keep people entertained in these challenging times, we present 'Endless Arrow', a 30-minute experimental/ambient version of our song 'Aimless Arrow' created by Kurt Ballou. This track is offered as a pay-what-you-want download now."

Having originally appeared on 2012's "All We Love We Leave Behind", "Aimless Arrow" is the landmark album's opening track which makes the occasional, highly anticipated appearance in CONVERGE's live set.

Unfortunately, due to the COVID-19 pandemic, CONVERGE has canceled its previously announced tour dates.

Back in 2018, CONVERGE released a four-song EP titled "Beautiful Ruin". Recorded during "The Dusk In Us" sessions, the EP completed the release of all CONVERGE's recorded material from that time period.

"Beautiful Ruin" was produced and mixed by Ballou at his renowned Godcity Studios in Salem, Massachusetts and followed CONVERGE's ninth full-length album, "The Dusk In Us", which was released in November of 2017.