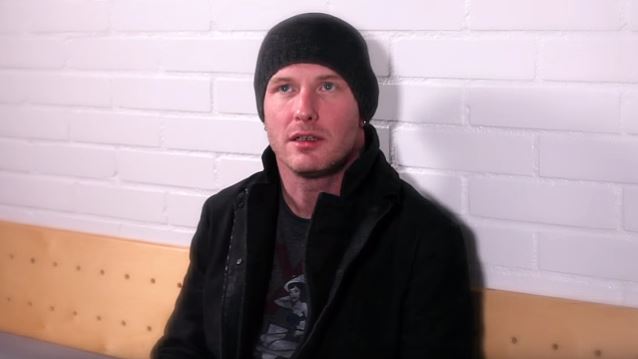 SLIPKNOT and STONE SOUR frontman Corey Taylor has commented on last month's incident when ex-PANTERA singer Philip Anselmo said "white power" and made the Nazi salute on stage. Anselmo later claimed he was referring to drinking white wine as part of an "inside joke" but has since released a video message, saying that he "deserves completely" the "heat" that he has been getting over his actions and claiming to be "a thousand percent apologetic to anyone that took offense to what [he] said."

Asked by U.K.'s The Guardian what his response is to Anselmo's Nazi salute, and how we can work to eradicate racism from metal, Taylor said: "I've been watching this all and I've kept mum for the most part, because I wasn't there. So I don't know the background on what happened, I haven't seen the video of it — though I've been told by many people that it's blatant, and there's no way to misrepresent what was done."

He continued: "I will say this. This is a bigger problem than what happened that night.

"SLIPKNOT has dedicated itself to bringing people together, to fighting racism, to fighting hate in general since the day we were started. I don't have time for people who judge other people by the color of their skin. If that in itself offends some of my fans, then I'm sorry, you're wrong. I don't ever want our fans to feel like we're judging them because of color, religion, culture, upbringing, etc. We welcome everyone, we always have and we always will.

"I know there is a problem in metal, and it all comes down to, at least in America, where you grow up and what that culture is passed on from: parents, family members, friends, adults. It's a generational thing. I thought we were close to phasing it out, but unfortunately I was proven wrong. So I just dedicate myself to fighting it. It's across the board in music, though — it's not a specifically metal thing. But it has come up in the metal community. It's risen its ugly head because of the incident we're talking about."

Corey also revealed that he is working on his fourth book, tentatively titled "America 51". He said: "[It's] kind of a nod towards Area 51: basically about how wonderfully fucked and irresponsibly abnormal my country is. It's going to deal with everything from politics to social commentary — it's going to piss off a lot of people in my country, but everyone else will love it."

He continued: "The current election cycle is a fucking mess. The only thing I can really compare it with was when the whole governor fiasco was going on in California, when Arnold Schwarzenegger won, and when everyone and his mother announced themselves as candidates. The fact that Donald Trump is still is viable candidate makes me want to eat my fucking shoes. There are too many candidates focused on dividing us, and not enough talking about bringing us together. And that's one of the reasons why I support Bernie Sanders. And I will never support anyone who uses racism as a passive-aggressive way to win votes."