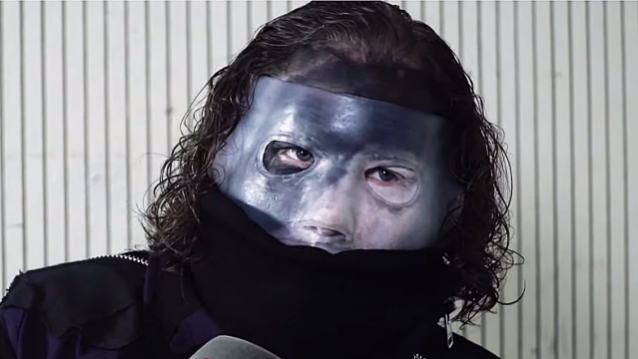 COREY TAYLOR On SLIPKNOT's New Stage Show: 'It's Been Challenging Because Of My Knee Surgery'

SLIPKNOT frontman Corey Taylor was interviewed by Rika Brune of SRF 3 at this year's Greenfield Festival, which is taking place June 13-15 in Interlaken, Switzerland. You can now watch the chat below.

Speaking about SLIPKNOT's new stage show, Taylor said: "It's been challenging because of my knee surgery. But at the same time, every show has kind of gotten better and better. And the new setup is so cool that it makes you want to run around it. It's a completely different setup than we've ever done in the past. There's crazy video screens going on, there's treadmills, there's fire — all kinds of crazy cool stuff going on. It makes me wanna run around and check it out, to be honest. Anything that encourages me to kind of go around and do more, I think, is really good."

Taylor underwent surgery on both knees last month and recovered in time to appear with SLIPKNOT on "Jimmy Kimmel Live!" on May 17. He also played a solo show two days later in Garden Grove, California.

The group's sixth studio album, "We Are Not Your Kind", will arrive on August 9. It has been preceded by the release of a new single, "Unsainted".