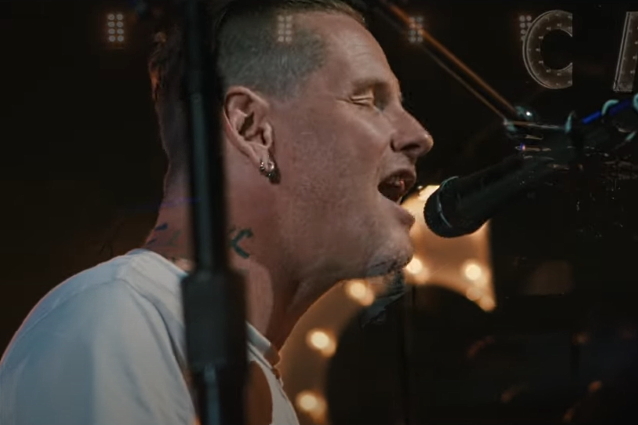 "CMFB…Sides" comprises nine unreleased B-sides, covers of tunes that inspired Taylor, acoustic renditions, and live versions. Corey preserves the windows-down and arena-ready spirit of "On The Dark Side" made famous by JOHN CAFFERTY & THE BEAVER BROWN BAND in the 1983 film "Eddie And The Cruisers", and strips the 1981 classic "Lunatic Fringe" by RED RIDER down to a striking acoustic number. Furthermore, he and his cohorts hypercharge "Got To Choose" by KISS and lock into a punchy punk gallop during "All This And More" from DEAD BOYS. The EP also features Taylor's snarling cover of "Holier Than Thou" from METALLICA, a song he initially recorded for "The Metallica Blacklist". Perhaps most surprisingly, Corey and his bandmates transform Eddie Money's "Shakin'" into a roaring banger with all of the original's swagger intact. Plus, the EP boasts acoustic takes on "Kansas" and "Halfway Down" from Taylor's 2020 full-length debut, "CMFT", and a powerhouse live medley of "Home" and STONE SOUR's famous "Come What(ever) May" finale "Zzyxz Rd".

Corey broke the news of the "CMFB…Sides" release in an interview with SiriusXM's "Trunk Nation With Eddie Trunk" earlier in the month. At the time, he said: "CMFT is putting out a B-sides album which has all the covers that we've done and some acoustic versions of some of the songs that are on 'CMFT'," he said, referencing an acronym for "Corey Mother Fucking Taylor". "The first single will actually be February 11th, and people will be able to download that. It's our cover of 'On The Dark Side' by JOHN CAFFERY & THE BEAVER BROWN BAND, which is one of the best rock tunes ever. It's one of our favorites to play live… The 'CMFT' B-sides will come out February 25th. It'll be available everywhere. We're really stoked on that too."

Asked if there are plans for him to do more solo shows in the coming months, Corey said: "We're doing little stuff here and there. We just did ShipRocked, which was a lot of fun… It's looking like we're gonna do a handful of shows in the U.K. in October, kind of threaded around the SLIPKNOT schedule. So we're just gonna do it here and there while we kind of gear up [for the next album].

"'CMFT 2' is written, it's demoed, it's ready to go," he added. "Plus we're constantly writing new stuff. So we're gonna be in a great position, next year probably, to go in and record 'CMFT 2' and just be ready to kind of do that. But that's obviously after SLIPKNOT has kind of done its thing." 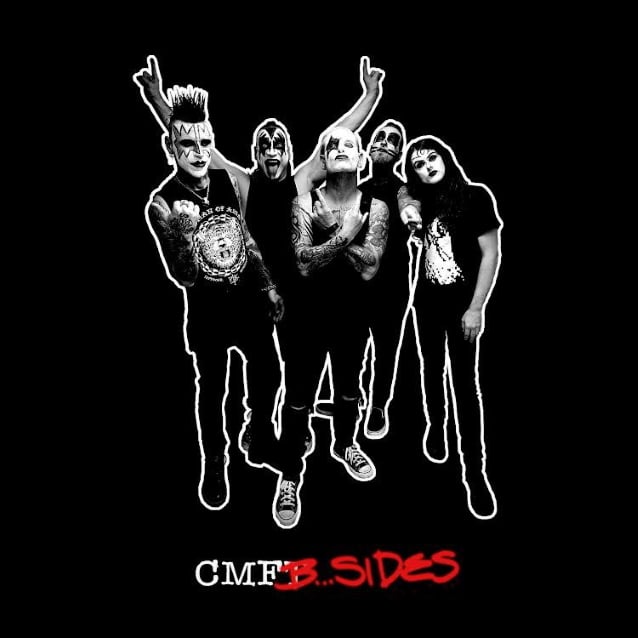