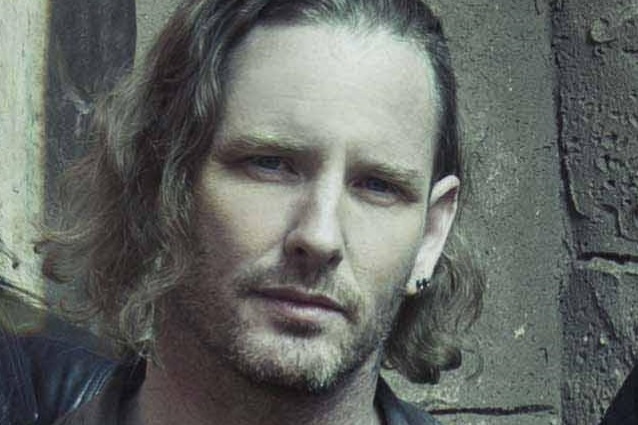 COREY TAYLOR: The Album Most People Would Be Shocked To Know I Own

Kid Cadet conducted an interview with SLIPKNOT and STONE SOUR frontman Corey Taylor at this past weekend's Fort Rock festival in Ft. Lauderdale, Florida. You can now watch the chat below.

Asked what CD or album he has in his collection that he would be embarrassed to admit he had, Corey replied: "Oh, I'm not embarrassed by anything. Here's the thing: everybody talks about guilty pleasures and stuff. I have always been of the mindset that if you like it, who gives a fuck what anybody says? That's why I have ABBA right next to ANTHRAX.

"I think the album that would shock most people — not me, and not my friends, but that would shock most people — would probably be the 10th-anniversary recording of 'Les Misérables'. It's my favorite musical. That's why I have [the] '24601' [tattoo] on my back. It's my favorite book as well. It's 'cause I always identified with that character, Jean Valjean. He came from nothing and decided that he was going to try to redefine himself and then instead kind of found himself defining himself through certain adversity, and then, at the end, really kind of coming full circle. This thing that has dogged him his whole life, trying to escape it, that definition, while also trying to find the definition of a good man. And I just thought it was incredible.

"The 10th-anniversary concert is actually done by… they cherrypicked the best people in that role. So you've got Colm Wilkinson as Jean Valjean, who's incredible — he originated the role on Broadway. And then everybody else is kind of pulled from different international casts, and there's a big thing at the end, you hear the people sing, all the different Jean Valjeans from all over the world in their native language. It's amazing. It's really, really cool."

The band will support Ozzy Osbourne on the initial North American leg of the legendary vocalist's "No More Tours 2" tour, which kicks off August 30 in Allentown, Pennsylvania.