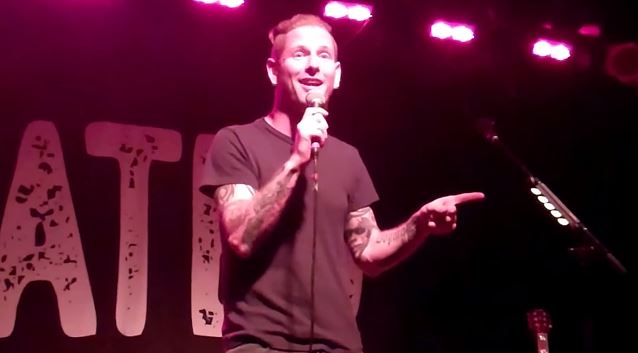 SLIPKNOT and STONE SOUR singer Corey Taylor released his third book, "You're Making Me Hate You: A Cantankerous Look At The Common Misconception That Humans Have Any Common Sense Left", on July 7 via Da Capo Press, a member of the Perseus Books Group. The book acts as a commentary on society and pop culture and has been described as "Taylor's take on Peter Griffin's 'You Know What Really Grinds My Gears'."

Fan-filmed video footage of Taylor's entire July 11 appearance at the Bottom Lounge in Chicago, Illinois can be seen below.