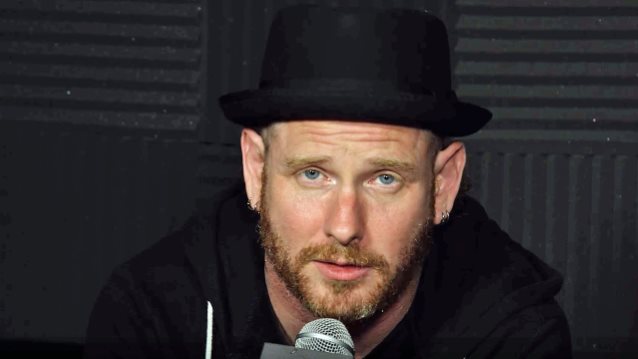 COREY TAYLOR Would Rather Release Albums Than Standalone Singles

SLIPKNOT and STONE SOUR singer Corey Taylor told New Zealand's Stuff that he doesn't believe that the physicality of actual albums or CDs will ever die out despite the rise of music streaming and the likes of Spotify. "I'd much rather put out an album, you know?" he said. "As much as I want to embrace the new way, I also really love the old way. And while many people stream, there are just as many people who still love to buy the physical copy.

"So, for me, it's about really kind of tap-dancing and keeping one foot on either side and trying to embrace the future, while not turning your back on the past."

Taylor said that he understand why bands are less incentivized to make full-length records, with digital music sales continuing to fall as the music business inches closer to an access-over-ownership model.

"Any way you can get music out to people I am all about and I encourage people to do it," he said. "But, at the same time, there is something to be said about putting the creativity and the art into making an actual album."

Back in 2015, Taylor said that record labels were continuing to lose the digital music battle or piracy war because they couldn't "catch up with the technology." He told the "Eddie Trunk Podcast": "For me, it's an interesting dichotomy. Because, on one hand, you've got people who are streaming, but then they use that to decide whether or not they wanna buy the album, as opposed to illegal downloading. But then there's the other side of it where people are kind of using it as, basically, satellite radio, where it's, like, 'I'm just gonna listen to this.' But people still pay a subscription for it. So, in one way or another, the economy is still working. It's just that… We can't catch up with the technology; that's the problem. There's so many innovations that the powers that be can't figure out… they can't get ahead of it."

Taylor added that rejecting the streaming business model has been a losing battle for the labels even if fighting for higher royalties from streaming services is noble. However, hoping the likes of Spotify, Pandora and Apple Music all just die so we could return to the age of $18 CDs is simply not realistic.