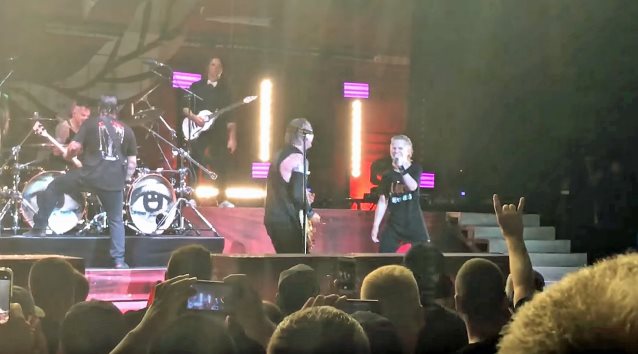 Griffin Taylor, the 14-year-old son of STONE SOUR frontman Corey Taylor, joined the band on stage Thursday night (July 27) at the PNC Bank Arts Center in Holmdel, New Jersey to sing their hit single "Song #3". Video footage of his appearance can be seen below.

Taylor went on to say that if his song did decide to eventually become a musician, he would support him wholeheartedly.