"Shows: As some of you may have notices we've booked a few shows in Denmark. We just need to book a few more shows and then we'll move on to concentrate booking European and North American shows/ tours. So hopefully we can present some live dates for abroad soon...

"Songwriting is going smoothly. We have almost material for half an album already and it feels like we've just started. Seems like we'll have a lot of songs to choose from for the next album. Some song titles are 'Feasting Upon Souls', 'Love Lies Bleeding'.

"Miscellaneous shit: The t-shirt deal with Relapse has been confirmed by paper and their people are working on the design at the moment. The design will ofcourse be posted here and made available to purchase as well."

CORPUS MORTALE released its second full-length album, "A New Species of Deviant", in September 2007 via Neurotic Records. The CD features the artwork of the label's in-house artist Joel Sta.

CORPUS MORTALE's full-length debut, "With Lewd Demeanor", was released in 2003 through Neurotic. 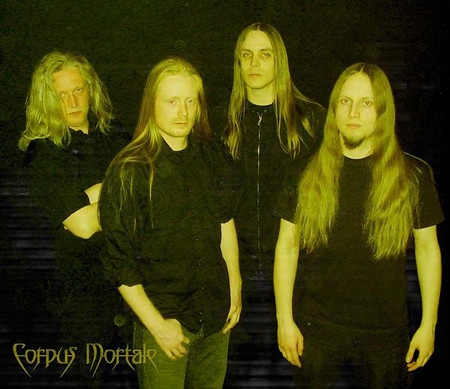