On April 9, "Life On Earth" will be released as a limited special colored three-piece seven-inch vinyl box as well as on limited colored 10-inch vinyl and CD.

The record itself is unintentionally 20 minutes and 20 seconds, and plays out more like a time-capsule look into the dumpster fire known as the year 2020.

CRO-MAGS founder Harley Flanagan explains: "Just by coincidence we recorded 20 minutes and 16 seconds of music, so we simply added a few seconds of real-world chaos.

"The album cover is meant to look like a calendar — seven squares across, with one picture from 2020 per day. Inside the booklet there are 12 pictures, one for each month of 2020; and the back is a shot of something I have never seen before in my life — a totally empty New York City.

"Coronavirus, quarantine, empty streets, brutality, burning buildings, violence and destruction: 2020 is a year none of us will ever forget."

Born out of the violence and depravity of the Lower East Side of New York in the late '70s and early '80s, the CRO-MAGS was the brainchild of a very young Flanagan (at the time 14 years old) when still playing with THE STIMULATORS. By 1982/83 he wrote and recorded the very first CRO-MAGS demos consisting of four songs that would become the blueprint for the seminal 1986 "Age Of Quarrel". He wrote all of the music, played each instrument and sang. Before long, he connected with Parris Mayhew and the two started writing music and auditioning band members.

In 2019, Flanagan reached a settlement with singer John Joseph and drummer Mackie Jayson regarding ownership of the CRO-MAGS name. Flanagan is now performing under the name CRO-MAGS while Joseph and Jayson are performing as CRO-MAGS "JM". 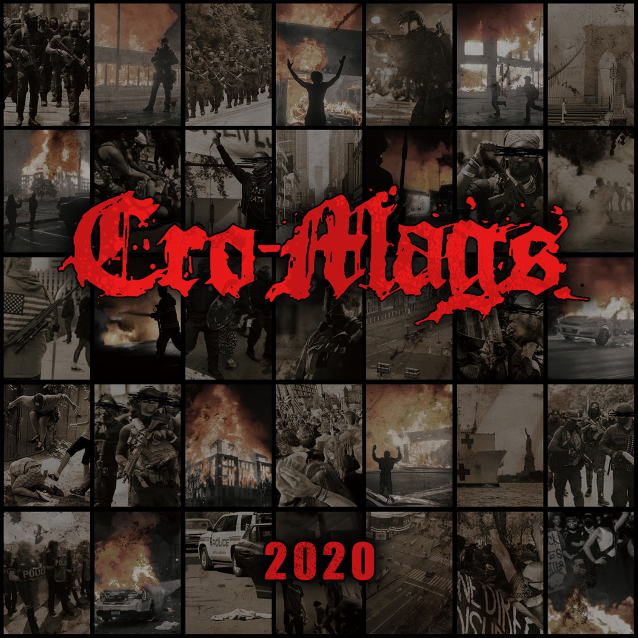