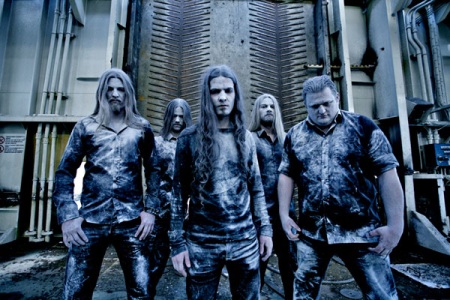 Danish death metallers CROCELL have inked a deal with Ultimhate Records. The band's second album, "The Wretched Eidola", will be released on April 26 in Denmark and April 29 in the rest of the world.

CROCELL has spent the last few months negotiating with several different labels, causing the delay in the release of the follow-up to 2008's "The God We Drowned".

Commented CROCELL guitarist Smukke Ken: "Ultimhate Records is a fairly small and new label but after a personal meeting with the A&R boss we had a great impression and they are very eager to release 'The Wretched Eidola'. They are dedicated and willing to put a lot of effort into presenting this new album to as many people as possible — and now we are just looking forward to finally releasing it as well as getting out there on stage and present the new songs live!"