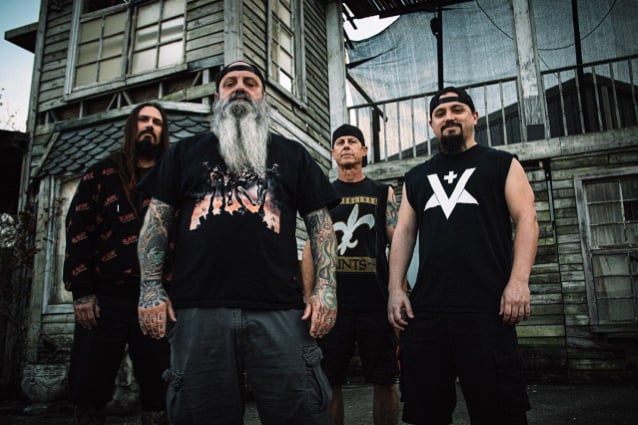 CROWBAR will release its new album, "Zero And Below", on March 4, 2022 via MNRK Heavy (formerly eOne Music). The LP's first single, "Chemical Godz", can be streamed below.

Produced, mixed, and mastered by Duane Simoneaux at OCD Recording And Production in Metairie, Louisiana, "Zero And Below" is reverently old school, counterbalanced by a resonant melodicism that's stunningly mature. Songs like "Chemical Godz", "Bleeding From Every Hole" and "It's Always Worth The Gain" demonstrate what CROWBAR does better than any other band: powerful, evocative, and crushingly heavy music. Celebrating a recent 30th anniversary, CROWBAR is led by one of the most beloved figures in heavy metal, riff overlord Kirk Windstein, whose menacing bellow and smooth drawl put resilient, unrepentant strength behind even the most somber odes to suffering.

Comments Windstein: "We are all so excited to release the song and video for 'Chemical Godz'! It's been nearly two years since the album was completed. It was such a sad time for so many people going through the COVID-19 epidemic and we felt it wasn't a good time to release any new material. Get ready because the heavy is coming! We hope y'all enjoy the song and video. Stay safe out there!"

CROWBAR songs are unapologetic emotional outpourings, with a bare-knuckle resolve alongside its soul-searching vulnerability, reliably delivered with crushing heaviness. "Zero And Below", which cements the band's dense catalog as exactly one dozen studio albums deep, is the most unforgivably doomy CROWBAR record since the group's landmark 1998 effort "Odd Fellows Rest".

"Zero And Below" track listing:

A year and a half ago, Windstein told the "Does It Doom?" podcast that he was really happy with the band's then-just-completed new album. "It's really a killer record — I love it," he said. "It's got a lot of [guitar] harmonies and it's got a lot more doomy riffs. We only had one proper fast song — one of our more upbeat, hardcore-type, MOTÖRHEAD speed, I call it, type tunes; we've only got one like that. Out of all 10 tracks, besides that one tune, there's only maybe two other fast, what I would consider fast, songs on the whole record. So it's kind of a throwback but a modern, more mature touch on it."

Earlier in 2020, Windstein told Full Metal Jackie's nationally syndicated radio show that he got "a lot of help" from guitarist Matt Brunson and bassist Shane Wesley during the songwriting process for CROWBAR's new album.

CROWBAR's last LP, "The Serpent Only Lies", was released in 2016 via eOne. 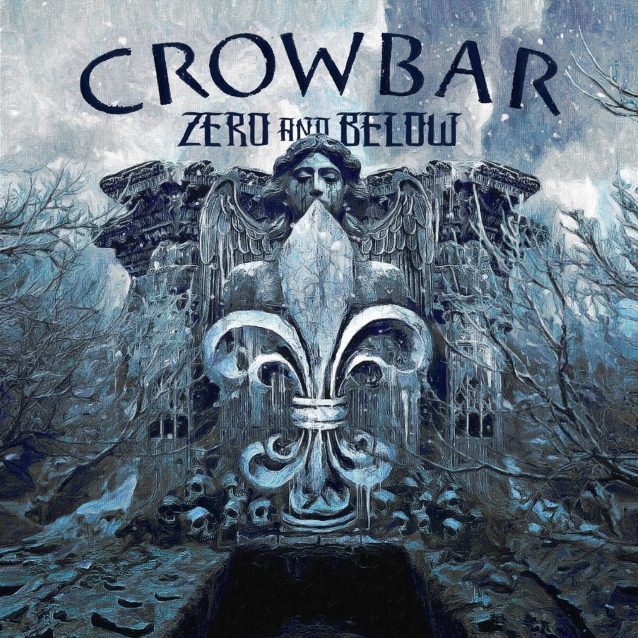