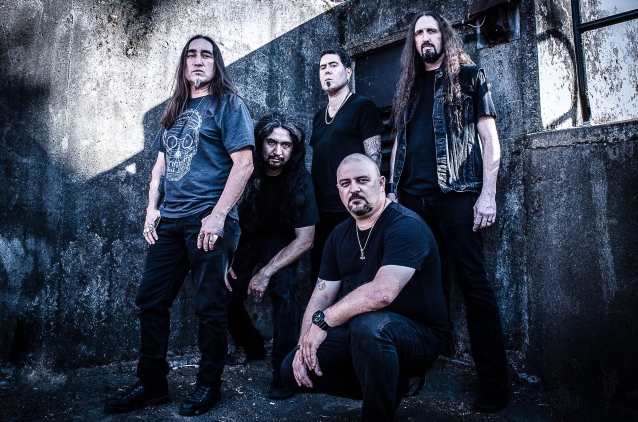 Oakland-based thrash quintet CULTURAL WARFARE has unveiled the title track of its debut full-length album, "Warmageddon", due September 14 via M-Theory Audio. A lyric video, created by LVMP, can be seen below. In addition, fans who pre-order digital copies of "Warmageddon" via Amazon, iTunes and Bandcamp will receive the title track — as well as the previously released "Divided We Crawl" — as instant downloads. Physical copies are available for pre-order via the M-Theory Audio webshop.

Explains vocalist Jacques Serrano: "'Warmageddon' is loosely related to the song 'Future Kill' off our debut EP. It is a continuation of the demise of human religions, beliefs and overall way of life. Warmageddon is when the Blood Machines begin their brutal takeover of all humanity, erasing all symbols of the humans way of life. The world is being overwhelmed with technology and machines to where they treat the human race as cattle. Life as we knew it is over, and now humans must hide and hopefully prepare for a rebellion, but it is a time when it seems all that are left are the meek."

CULTURAL WARFARE has announced several West Coast performances to celebrate the release of "Warmageddon", including a pair of shows alongside EXMORTUS and HATCHET.

"Warmageddon" is the follow-up to the CULTURAL WARFARE 's 2017 debut EP "Future Kill", hailed by Metal Wani as "neck-breaking thrash." Recorded at California's Trident Studios with producer Juan Urteaga (MACHINE HEAD, EXODUS) and mastered at Sweden's Fascination Street Studios by Jens Bogren (SEPULTURA, KREATOR),"Warmageddon" is a "look into the future" where a "new world chaos" reigns supreme, according to the band. The album's artwork was designed by Brian Lewis (DEVILDRIVER, BLACK LABEL SOCIETY).

Guitarist Billy Garoutte details the concept of "Warmageddon" further: "Decade after decade, humanity has been in constant battle. Now set in a post-apocalyptic time, there is a new form of humanity now known as the blood machines and the eye of the future that live off of what once was. The extinction of mankind has brought forth the Warmageddon and a new world order."

CULTURAL WARFARE creates music that stays true to the classic Bay Area while creating a modern twist in the music to create a melodic, yet aggressive sound. With all five members of the band having long-standing roots in the Bay Area dating back to the golden age of thrash metal, CULTURAL WARFARE understands the rich history and lineage of the classic bands that paved the way for the heavy bands of the modern age. With that said, the group has created a sound of their own while flying the flag for the legendary music that inspired them along the way.

Upon releasing "Future Kill" last year, the group performed throughout the Western United States alongside the likes of WARBRINGER, APOTHESARY, THE AGONIST, HATRIOT and others. Whereas the EP found Kevin Doughty playing drums, "Warmageddon" sees him join Billy Garouette on guitar to make room for new percussionist Bones Padilla, a former tech for BIOHAZARD. 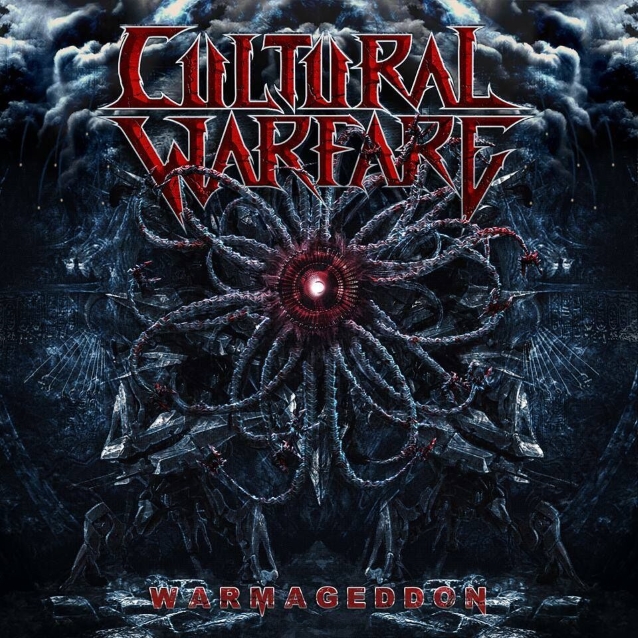