"True Believer", the documentary about Danish rockers D-A-D filmed and directed over a 25-year-period by Torleif Hoppe — the band's so-called fifth member — will be released on DVD on November 25. The film, which opened in Danish theaters on October 10, will contain English subtitles.

A trailer for the documentary can be viewed below.

D-A-D will release its 10th studio album, "Monster Philosophy", on November 10 via EMI. The CD features 10 tracks produced by Jon "Joshua" Schumann, who has previously worked with MEW, KENT, KASHMIR and CARPARK NORTH, among others. The basic tracks were laid down in April in Long Branch, New Jersey and work continued at Mansion Studiet in Copenhagen, Denmark. 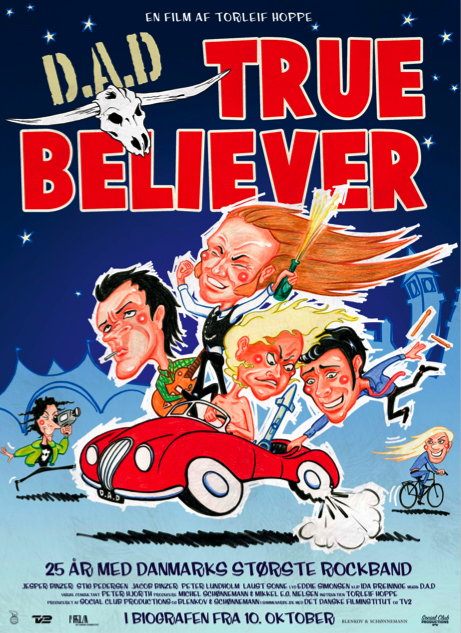