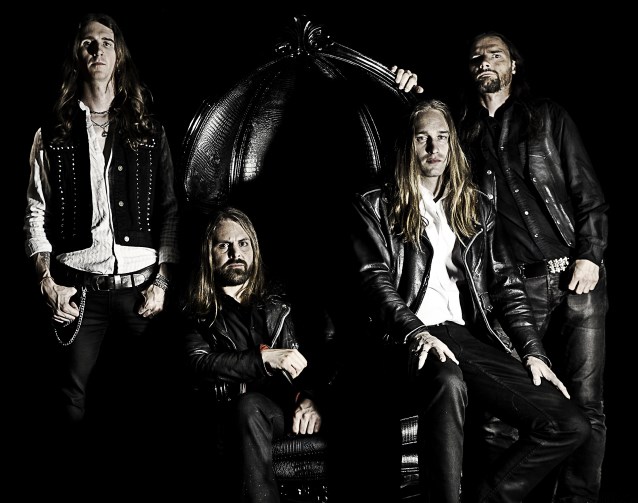 The A-side of the EP spotlights the title track "Mainline Riders", a cover version of NWOBHM pioneers QUARTZ, while the B-side features a demo version of DAGGER's own "Dark Cloud".

Says Estby: "DAGGER was formed by me, David and Tobias in early 2009. I had some material that I thought didn't really fit for NECRONAUT, but was still too good to chuck away. When I talked to David about this, he told me he also had material that wouldn't work for DISMEMBER, which made us think about writing songs together in a different way than before. At the same time, Tobias was also writing more hard rock-oriented songs and was immediately into playing them with us. So I think the three of us really wanted to do something we hadn't done before."

Even though all three of them were into doing something new and different, no one was rushing things. "We have been rehearsing and writing songs not wanting to force anything," Estby says. "It also took a long time to find the perfect singer for the band. It was really worth the wait, though. Jani suits this band perfectly both musically and personally."

Given the "confession" Fred makes about the band member's personal taste in music, DAGGER suddenly seem less of a surprise than before. "The last couple of years on tour with DISMEMBER, we almost only listened to the classic hard rock albums we love," he says. "We also talked about how many bands tried to sound like that but never really succeeded, in our opinion."

Now with the lineup complete, DAGGER is here to play "hard rock the way we think it should be played." The EP is meant to serve as an appetizer for DAGGER's debut album, which is currently being recorded at Gutterview Recorders (BULLET, '77, IMPERIAL STATE ELECTRIC) in Stockholm, Sweden for an early 2014 release via an as-yet-undetermined record label.

"We started recording our debut album in May this year," says Estby. "While recording, we and our manager Leif from Clandestine Music thought it would be cool to release a 7" before the album just to bring out our name and sound.

"High Roller Records is a cool label, and we knew from experience that it would be fast and smooth to work with them."

Dave, Tobias and Fred are all equally involved in the songwriting for DAGGER, whose sound contains no audible traces of DISMEMBER, GRAVE or NECRONAUT.

"We write different kind of songs but within the same framework," Estby explains. "This fact allows us to help each other out when one of us doesn't have a whole song from scratch.

"Jani joined the band when the album was already written, so he will be much more involved in the songwriting for the next one." 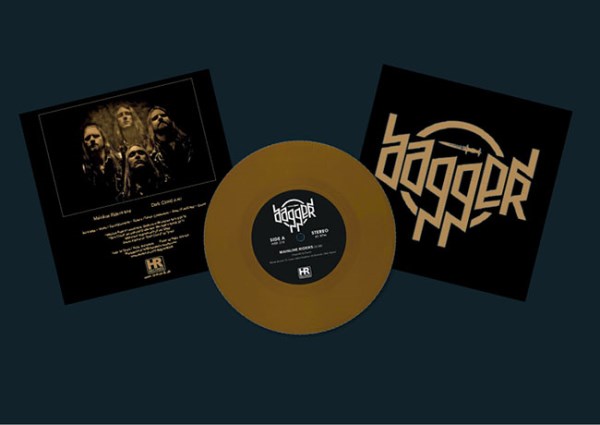