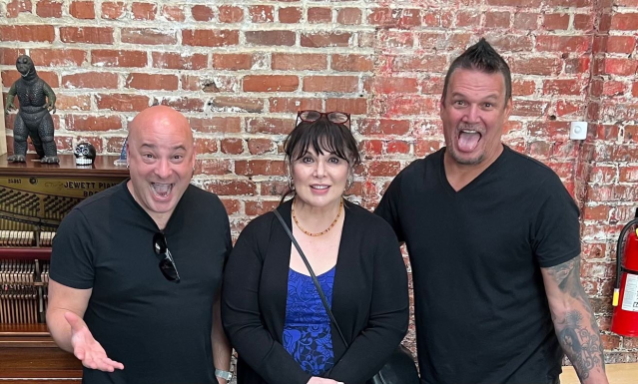 DISTURBED's upcoming album, "Divisive", marks the first time the band has included a guest feature on an LP, boasting the epic emotionally charged duet "Don't Tell Me" with HEART's Ann Wilson. Regarding how the collaboration came about, DISTURBED guitarist Dan Donegan told Meltdown of Detroit's WRIF radio station (as transcribed by BLABBERMOUTH.NET): "Early in our career, we wanted to really establish ourselves without having any guests. We didn't really talk about it much, but just [felt], 'This is the band.' Not that we were ever against it, but this far along in our career… We're always pushing ourselves, trying to do stuff that's different musically. And there's so much talent out there and so many people we would love to do collaborations with now or later in our career.

"Ann Wilson had mentioned before — she tweeted about us before," he continued. "A few years back, somebody asked her in an interview or whatever if there's anything new out there, or newer, musically that she's heard that she's fan of, and she mentioned she really loved our version of [SIMON & GARFUNKEL's] 'The Sound Of Silence'. And that kind of opened the door to a social media friendship between her and David [Draiman, DISTURBED singer] a bit. And then when we wrote this song, it just seemed like it would lend itself to Ann's voice and then trying to see that merge between her and David's voices together. She jumped on the opportunity. Immediately she responded, and we were, like, 'Holy shit. She just said yes to this.'"

Asked by Meltdown if "Don't Tell Me" is a more mellow track than the standard DISTURBED fare, Dan said: "I can't give it away, but their voices, it's like Fergie and Jesus — a little 'Step Brothers' [2008 movie] quote there… It was a pretty magical moment to be in the room and to hear the two of them harmonize together.

"We tracked David's vocals in Nashville, and we wanted to make it easy and convenient for her, 'cause we were, like, she said yes, she's gonna do it," Donegan continued. "Let's make it as easy as possible on her.' We flew out to California to meet with her. We went into a studio out there for just a couple of hours, and she sang against David's tracks. And he was there kind of going over the harmonies with her and stuff too. So it was kind of a really magical moment to see the two of them working on those harmonies together. It was pretty impressive. And she's such a pro, and she's so damn good. She's a legend. So it was pretty exciting. And it's not like she sits there and jumps on people's albums either, so we take that as a badge of honor to think that there's not many times where somebody as big a legend as she is that she would jump on any album. She doesn't have to, and she chose to be on this one. And she loves the track. And it just came together great."

"Divisive" will arrive on November 18 via Reprise. The LP was recorded earlier this year with producer Drew Fulk (MOTIONLESS IN WHITE, LIL PEEP, HIGHLY SUSPECT) in Nashville, Tennessee. The follow-up to 2018's "Evolution" includes the two recently released singles "Hey You" and "Unstoppable".

There’s an epic track coming out soon that I recorded with @Disturbed!

Below is a repost from @davidmdraiman

“People are going to lose their minds when they hear the duet we did with Ann Wilson. It’s called “Don’t tell me”, and it’s on our upcoming Disturbed album, #Divisive” pic.twitter.com/eRugQ6DkU6 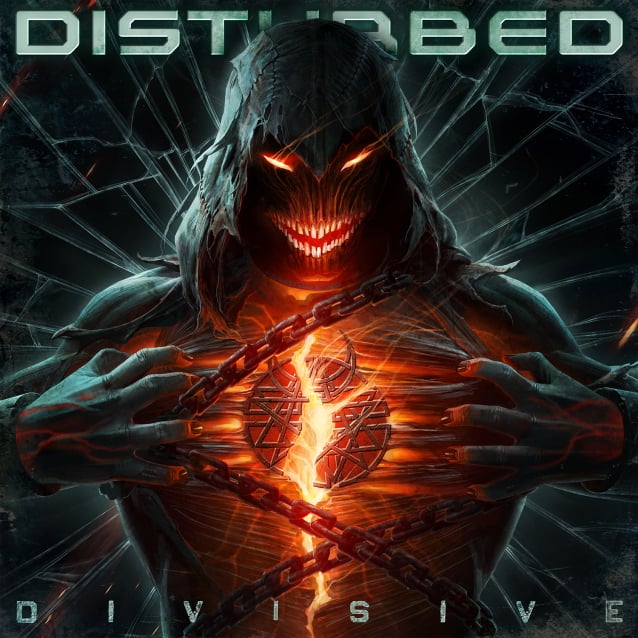