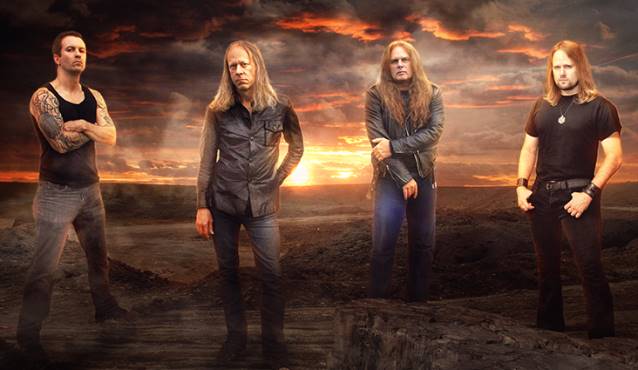 "This is album is a tribute to the old school and it’s our hope that what we've done here will remind the listener why they got into metal in the first place," says the band.

"Fated To Burn" is filled with great songwriting, powerhouse performances and amazing vocals courtesy of Carpenter, who has recently been seen tearing it up across the world stages with FIREWIND. Likewise, the amazing Harris brothers have again put their indelible stamp on these songs. Michael, arguably one of the best guitarists in metal and beyond, brings the killer riffs, solos and big atmosphere as Brian, his younger brother, punishes the skins like there's no tomorrow. Finally, the always-dynamic and melodic Mike Neal (BLACK WIDOW, MEDIEVAL STEEL, SALEM'S LOT) has not only played some mean bass and done a lot of backing vocals but has also written most of the lyrics on this album, proving this to be a total group effort.

The CD's eleven songs seem to cover everything, from almost cinematic run-throughs with prisoners on death-row who refuse to die, witches from beyond the grave calling to the living, robot rebellions being put down by mankind and vampires just being the nocturnal terrors they are meant to be, through to fear about dystopian future social developments (with the group not forgetting to take a critical stance towards how religion manipulates the masses),cosmic supernovas and everything in-between.

Rainer Kalwitz, the illustrator for bands such as SHADOW GALLERY, DARE, PRAYING MANTIS and more, has provided DARKOLOGY with an eye-catching and very fitting cover painting.

01. Kill Me If You Can
02. Beyond The Grave
03. On Morrows Break
04. The Eyes Of The Machine
05. Quantum Genocide
06. The Shadows Of Oth
07. Fated To Burn
08. 21st Century Frankensteins (Nobot 2)
09. Festival Of Fear
10. Holy
11. Nightmare King
i. Shadows Of The Abyss
ii. The Summoning
iii. The Construct
iv. Eternus Nocturne: The Dark Domain
12. Your Hollow Soul (work in progress; instrumental mix) (bonus track for Japan)

The "Fated To Burn" title track can be streamed in the YouTube clip below. 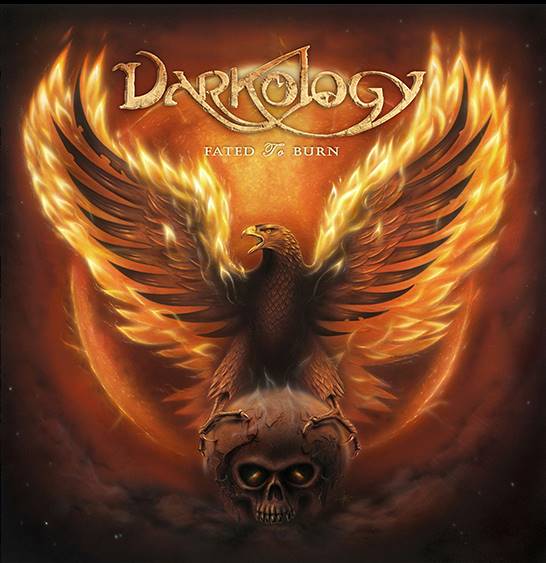