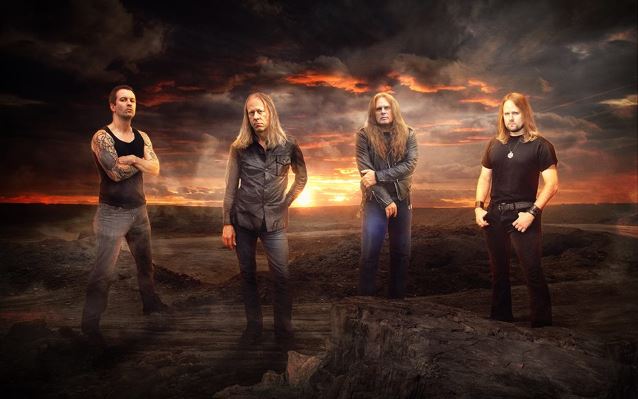 DARKOLOGY To Release 'Fated To Burn' In June

American metallers DARKOLOGY will release their sophomore album, "Fated To Burn", between June 8 and June 15 through Prime Eon Media and its partners worldwide on CD and digital formats. Multiple special package configurations will be made exclusively available through the band's webstore and a vinyl release may follow later in the year.

The album artwork and the new lyric video for the song "On Morrow's Break" can be viewed below.

DARKOLOGY features in its ranks the Harris brothers, Michael (THOUGHT CHAMBER, ARCH RIVAL, LEATHER, CHASTAIN) on guitar and Brian (FIREWIND, SOLSTICE, MY OWN VICTIM) on drums. On vocals, Kelly Sundown Carpenter (BEYOND TWILIGHT , OUTWORLD, EPYSODE and former touring vocalist for FIREWIND),returns with some out-of-this-world performances. Last but not least, the extremely talented bassist Mike Neal (MEDIEVAL STEEL, SALEMS LOT) lays down some solid grooves and has even co-written about half of the songs on this album, as well as most of the lyrics, making this a highly collaborative, team effort.

The mixing duties were handled by Grammy-nominated producer Chris Tsangarides, and mastering took place at AthensMastering.

An enthusiastic Chris exclaims: "As I was mixing the album and as the songs were coming alive, I was thinking, 'Wow, this is good, this is VERY good.' This happened about a dozen times.

"It's rather rare at this day and age that you get an album that's all killer and no filler and I am not using that expression lightly.

"'Fated To Burn' is a must-have album. It's an aural assault of all senses with plenty of melody and bombast for the most discerning metalheads."

DARKOLOGY last year concluded a successful tour with OVERKILL, PRONG and ENFORCER. Carpenter sat out the trek due to personal reasons and was replaced by Eugent Bushpepa. 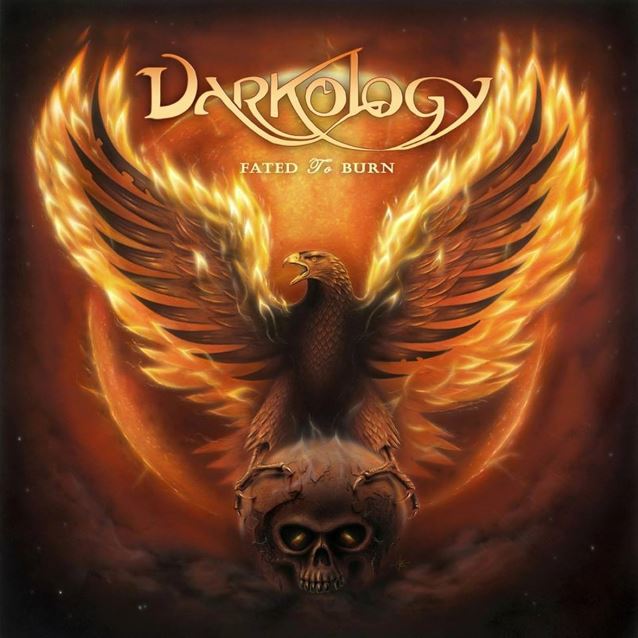