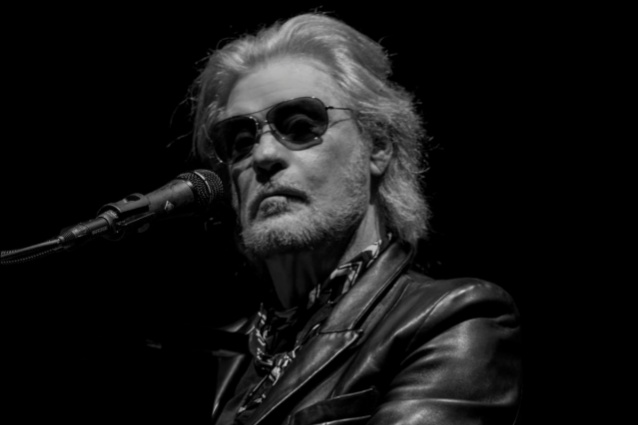 Daryl Hall has confirmed that he was asked to join VAN HALEN following the departure of David Lee Roth more than three and a half decades ago.

The singer-songwriter — best known as one half of HALL & OATES — broached the topic of his hypothetical link-up with VAN HALEN in a new interview with "Out Of The Box With Jonathan Clarke", which airs on the New York radio station Q104.3. Asked if it's true that Eddie approached him about stepping into the role of the band's frontman after Roth's exit, Daryl laughed and said (as transcribed by BLABBERMOUTH.NET): "Well, yeah. Actually, yes. I knew those guys [VAN HALEN] really well; we actually shared some people — crew and things like that. And Eddie came to a show with [his then-wife] Valerie [Bertinelli] — this goes back, you know — and David had just left the band. And Eddie said, 'Do you wanna join VAN HALEN, man?' He was half joking, but I think he was serious — I really do believe he was serious. And I took it seriously. I went, 'Meh, I think not. I think I've got my own shit going on.'"

Hall also confirmed that the iconic keyboard hook in VAN HALEN's "Jump" was inspired by HALL & OATES's song "Kiss Is On My List". "That is correct," Daryl said. "That's what [Eddie] always told me. He said that inspired 'Jump'."

You can hear the full conversation below.

Hall wasn't the only singer Eddie reportedly approached about joining VAN HALEN before he recruited Sammy Hagar to front the band. Former JOURNEY vocalist Steve Perry told Rolling Stone in a 2020 interview that he was "honored" when Eddie asked him to come to Los Angeles and jam but that he felt he wasn't "really suited" to representing VAN HALEN's "legacy up to that point". Patty Smyth of the group SCANDAL also said that she was asked to join VAN HALEN but that she ultimately declined because "they were heavy drinkers" and she didn't want to relocate to Los Angeles. "I was, like, 'I'm from New York. We don't move to L.A.,'" she recalled in a 2020 interview with Stereogum.

VAN HALEN eventually recruited Hagar, who sang on four studio albums between 1986 and 1995 before he quit the group in 1996. Hagar rejoined for a 2004 tour but left again after that, paving the way for the most recent reunion with Roth, which began in 2007 with a world tour.

Hall is an inductee into the Rock And Roll Hall Of Fame with the best-selling duo of all time. He is also the star of his very own award-winning web series-turned-TV staple "Live From Daryl's House", as well as a successful venue owner with Daryl's House, a restored live music space in Pawling, New York.