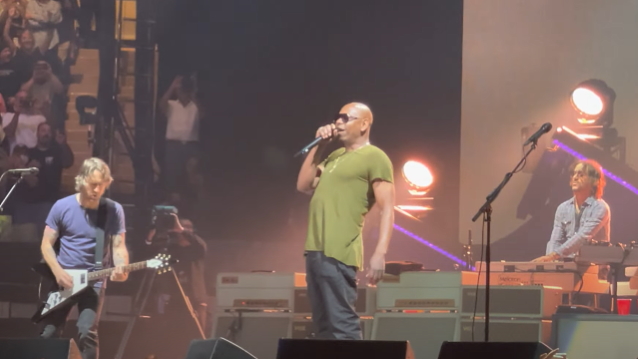 Chappelle, who was in New York City to premiere his new documentary, "Dave Chappelle: This Time This Place", at the Tribeca Festival, previously sang "Creep" live several times over the years, including with Bradley Cooper and Lenny Kravitz, and with John Mayer.

Other highlights of FOO FIGHTERS' concert at Madison Square Garden included drummer Taylor Hawkins swapping places with frontman Dave Grohl for a rendition of QUEEN's "Somebody To Love" and the band performing its cover version of the BEE GEES' "You Should Be Dancing".

As was the case at the Agoura Hills show, protesters gathered outside Madison Square Garden to voice their objection to the venue's proof-of-vaccination requirement.

Last November, Chappelle was the host of the "SNL" episode which featured FOO FIGHTERS as the musical guests.