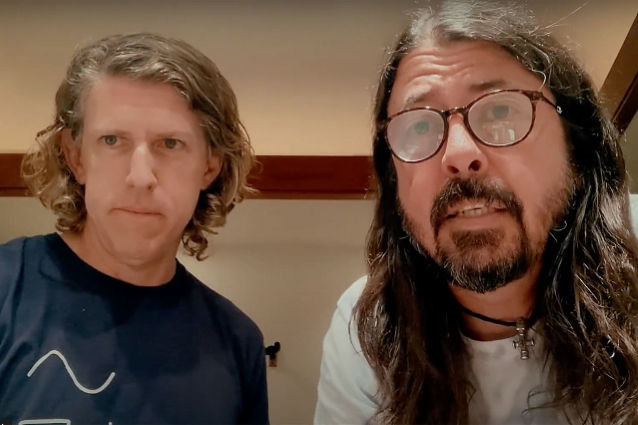 According to Variety, Dave Grohl and Greg Kurstin held the first-ever live edition of their "Hannukah Sessions" project Monday night (December 5) at the 250-capacity Largo in Los Angeles, California. This year's event, which was presented by director Judd Apatow, with profits going towards the Anti-Defamation League, featured Jewish rockers presenting both their own songs and choice covers, with Grohl on drums and Kurstin on keys.

The concert was apparently being recorded to be released as this year's "Hannukah Sessions" video series.