According to The Pulse Of Radio, Dave Grohl's mother, Virginia Hanlon Grohl, has announced that she will publish a book titled "From Cradle To Stage: Stories From The Mothers Who Rocked And Raised Rock Stars" on April 25, 2017. Her son will write the foreword. The book is the result of a two-year mission for Virginia, during which she interviewed women such as Dr. Dre's mother, Verna Griffin; Marianne Stipe, mother of R.E.M.'s Michael Stipe; Janis Winehouse, Amy Winehouse's mother; Hester Diamond, mother of Mike D from the BEASTIE BOYS, and many others.

A press release for the book notes: "Virginia never expected her son to become a musician, let alone a rock star. But when she saw him perform in front of thousands of screaming fans for the first time, she knew that rock stardom was meant to be for her son. And as Virginia watched her son’s star rise, she often wondered about the other mothers who raised sons and daughters who became rock stars."

The book will feature exclusive family photographs in addition to the many interviews Virginia conducted.

Dave Grohl and FOO FIGHTERS are currently on an indefinite hiatus that began at the end of 2015, although Grohl is reportedly working on music for the follow-up to 2014's "Sonic Highways" album. 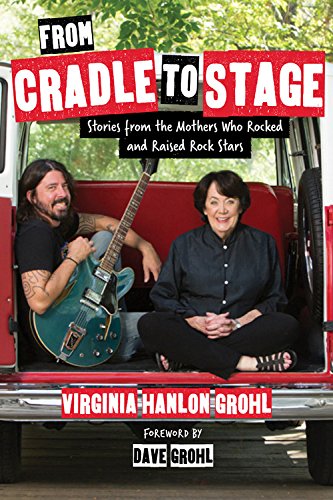