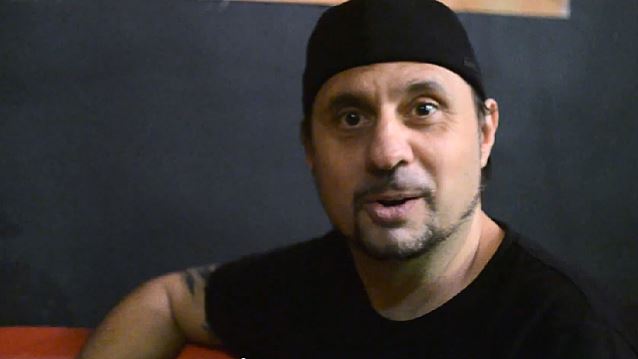 Cutter of Envision Radio Networks' "Hangar 19" podcast recently conducted an interview with former SLAYER and current PHILM drummer Dave Lombardo. You can now listen to the chat using the audio player below.

Asked how sick he is at this point of answering questions about SLAYER, Lombardo responded: "How sick am I? [Laughs] I'm pretty sick of it. Especially when it gets misconstrued in many different ways. Yeah, it's pretty annoying… But you have to understand that these journalists, they're fans and they've listened to your music for years. And what other fans, and the public, or the Internet, what they don't understand is that they're interested in these questions because they've followed the band. So you've gotta have some kind of understanding of why this is in the press, but they obviously don't. And they kind of take it out of context, and next thing you know you look like a bad guy, like you're talking shit, and, actually, no, I'm just answering the fucking question in the most honest way. You can't win, so that's why I kind of shy away from those questions and focus on my new band."