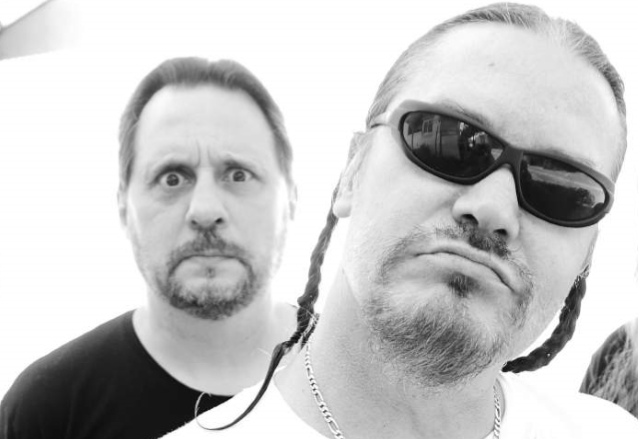 DAVE LOMBARDO To His MR. BUNGLE Bandmate MIKE PATTON: 'You Have My Complete Support'

Dave Lombardo has publicly voiced his support for Mike Patton after the singer announced that he was canceling all previously announced fall 2021 concerts due to mental health reasons.

Earlier today, the FAITH NO MORE and MR. BUNGLE frontman issued a statement saying that he "cannot continue" with the dates because of unspecified "issues that were exacerbated by the pandemic that are challenging" him right now.

A short time later, Lombardo, who plays with Patton in DEAD CROSS, MR. BUNGLE and FANTÔMAS, shared Mike's statement on Twitter and added in an accompanying message: "My dear friend and brother in music, you have my complete support to do whatever you need to do for your mental health and over all well-being. Love, respect & support always".

The other members of FAITH NO MORE also issued a separate statement expressing their disappointment about the tour cancelation while throwing their support behind their bandmate. They wrote: "We have a family member who needs help. We believe that forging ahead with these dates would have had a profoundly destructive effect on Mike, whose value to us as a brother means more to us than his job as singer. He can count on our 100% support to do what he needs to do to get things right. Just as we also ask for your support right now."

Last year, Lombardo told Ultimate Guitar about his musical and personal chemistry with Patton: ""Fuck, he's a great guy. Not only is he a dear friend, comrade, brother. We're both self-taught musicians. We took no formal music training. We understand the language on stage and there's this energy, and fire that emanates from his voice that drives my energy. When I hear him crescendo into a certain section or leading up to another part, the energy builds and flawlessly transitions into the following section. That energy came to light when we first started working together with the FANTÔMAS music. We just understand each other's musical language. He knows what to expect and what I can deliver, whether it's something high-powered or soft and smooth, he knows he can get that from me. We have good chemistry."

My dear friend and brother in music, you have my complete support to do whatever you need to do for your mental health and over all well-being.
Love, respect & support always https://t.co/4MnRQ4Udfb