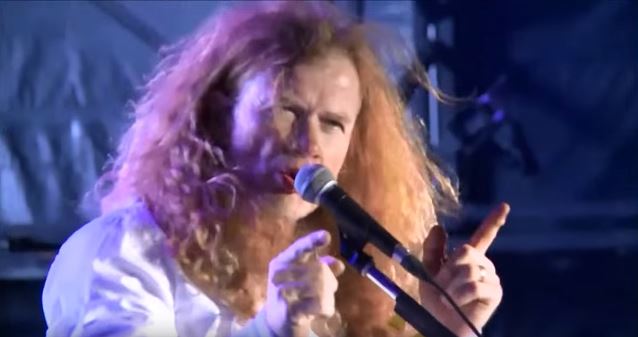 MEGADETH mainman Dave Mustaine has confirmed that the band couldn't play one of its most popular songs in China because the group had to respect the country's laws about religion and politics.

According to The Beijinger, MEGADETH's October 6 concert at the MasterCard Center in Beijing ended after only an hour, possibly due to the band being censored by officials.

An unusual number of instrumentals and extended guitar solos filled out MEGADETH's abbreviated performance, with "Skin Of My Teeth" being played instrumentally and several other of the band's best-known songs — including "Holy Wars… The Punishment Due" and "Angry Again" — omitted entirely.

After an Australian fan on Twitter pointed out the absence of "Holy Wars… The Punishment Due" from the Beijing setlist and asked if the song will make a reappearance in MEGADETH's set when the band plays in Melbourne later this month, Mustaine responded: "The police let us playing there, but I had to respect their laws about religion & politics. We'll play it in Tokyo."

According to The Wall Street Journal, "authorities [in China] require entertainment companies to jump through hoops, submitting minute details of their show, including setlists. The process reflects the control held by China's censors, who try to prevent incidents like one in 2008, in which Icelandic singer Bjork sang at a Shanghai concert about the ever-politically sensitive issue of Tibetan freedom."

According to METALLICA, they never considered canceling their Chinese shows after being told which songs they couldn't perform in the country.

"There were 40,000 kids over those two nights that were, I mean, they were really responding to what we were doing," said METALLICA drummer Lars Ulrich. "It was insane."

"Whatever rules they set down, the fans were there to have fun," stated Hetfield. "We got our foot in the door. We were able to go and play in China. That was the key."

"What I did is, I had an open guitar solo thing where I just sit there and riff," said Hammett. "I played the riff for 'Master Of Puppets' and a couple of other songs that weren't allowed to be played. I played just the music, so I kind of snuck it in there."

Ulrich also explained that METALLICA's Chinese fans were fully aware of the restrictions that were placed upon the band during their appearance in the country. "What we're talking about here is not a secret. They published it on government web sites — what songs we could play and what we couldn't. I mean, it's fine."

The police let us playing there, but I had to respect their laws about religion & politics. We'll play it in Tokyo https://t.co/PyrlOOjFFx 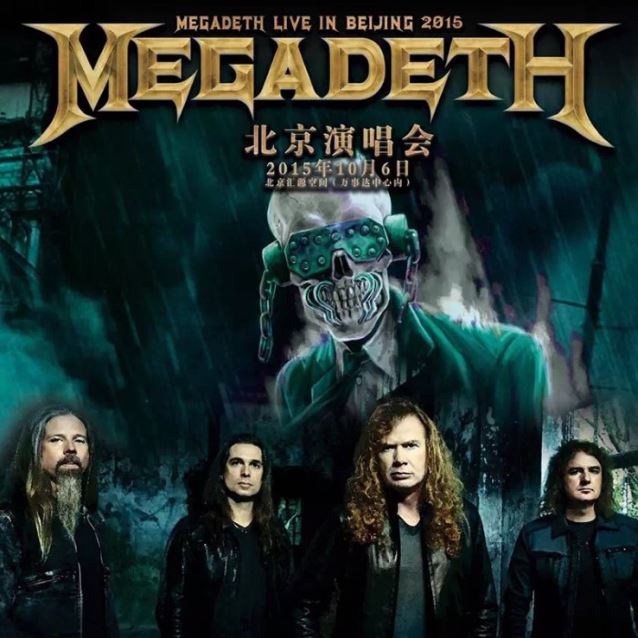