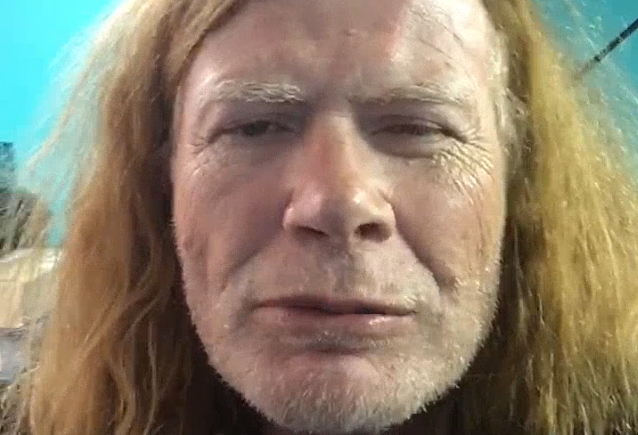 A video of Dave Mustaine offering a tour of the backstage area from MEGADETH's "The Metal Tour Of The Year" with LAMB OF GOD, TRIVIUM and HATEBREED can be seen below.

Mustaine made the clip while filming a new message on Cameo, which lets users hire celebrities to record brief, personalized video messages about virtually any topic.

"The Metal Tour Of The Year" kicked off on August 20 at the Germania Insurance Amphitheater in Austin, Texas. The trek marks MEGADETH's first run of shows with bassist James LoMenzo in nearly 12 years.

Produced by Live Nation, the rescheduled tour will wrap in Quebec City, Quebec, Canada on October 2.