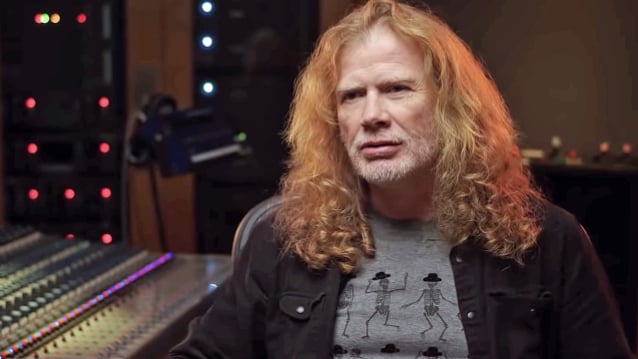 The "Experience Hendrix" tour, the critically acclaimed multi-artist celebration of Jimi Hendrix's musical genius is returning in 2019 with its biggest ever tour — 30 dates through the East Coast, South and Midwest. What began as a single-show tribute at the Rock And Roll Hall Of Fame in 2000 has blossomed into a full-fledged concert experience that has thrilled countless fans across the U.S. The tour presents a host of great artists collaborating and interpreting Hendrix's legendary songs as part of a powerhouse, three-hour concert experience.

This latest edition of the much-anticipated tour once again emphasizes the influence Hendrix has made on a diverse group of artists. The concerts will bring together artists as disparate as guitar wizard Joe Satriani, blues great Taj Mahal, Ernie Isley and Dweezil Zappa. MEGADETH's Dave Mustaine will make his "Experience Hendrix" tour debut while mainstays such as Billy Cox, Jonny Lang, and Eric Johnson will also be on board for the expedition. The "Experience Hendrix" tour offers fans a rare opportunity to see many highly regarded players performing together in a unique setting.

15-time Grammy Award nominee Joe Satriani will make his long-awaited return when the tour kicks off March 3 kickoff in Pompano Beach, Florida. Notable for being the biggest-selling instrumental rock guitarist of all time, Satriani came to the forefront with the release of his 1987 solo album "Surfing With The Alien". He has worked with Mick Jagger, DEEP PURPLE, Alice Cooper, BLUE ÖYSTER CULT and the fabled SPINAL TAP and is a member of rock supergroup CHICKENFOOT. In keeping with the spirit of the "Experience Hendrix" tour, Satriani has formed an all-star trio especially for the occasion, calling upon bassist and vocalist Doug "dUg" Pinnick from KING'S X and prolific sideman Kenny Aronoff on drums to serve as his rhythm section.

Satriani commented: "The 'Experience Hendrix' tours are always so much fun. The camaraderie between all the musicians on the show is magical. I'm so excited to play some deep Hendrix tracks in a power trio setting with dUg Pinnick and Kenny Aronoff!!!"

Originally the lead guitarist for METALLICA, Dave Mustaine next founded MEGADETH in 1983 and the group has earned a loyal, worldwide following. The Southern California native can be considered an architect of the speed metal movement, which is one of many branches on the family tree of heavy, guitar-based music that can be traced back to Jimi Hendrix. With five platinum albums and one multi-platinum album under his belt, Mustaine and his sound are institutions in the rock world. The 2019 "Experience Hendrix" tour will be his first.

Mustaine expressed his excitement about being part of the tour. "Jimi Hendrix. The name that comes to my mind as one the 'premier American guitarists of all time,'" he said. "An innovator and legendary musician. I am beyond honored to do my part in this tribute to the immortal Jimi Hendrix, and want to thank ['Experience Hendrix' tour producer] John McDermott for inviting me to play along such mind-blowing guitarists as Joe Satriani, and a personal favorite of mine, Eric Johnson. See you there!"

Also hitting the road this time around will be Billy Cox, bassist for both Jimi Hendrix's BAND OF GYPSYS and the JIMI HENDRIX EXPERIENCE. Cox has been the backbone of the tour since its inception, providing a spiritual connection between the past and present. Two other artists who enjoyed friendships with Hendrix will also take part. Blues legend Taj Mahal and guitar Ernie Isley each make a welcome return to the tour, as does the dynamic guitar and vocalist Jonny Lang, the legendary Eric Johnson, Cesar Rosas and David Hidalgo of LOS LOBOS, drummer and Rock And Roll Hall Of Fame inductee Chris Layton of Stevie Ray Vaughan and DOUBLE TROUBLE fame as well as Calvin Cooke and Chuck Campbell, the "Sacred Steel" slide guitar masters known as The Slide Brothers, Mato Nanji of Indigenous and Henri Brown.

"The tour is more than a series of concerts," said Janie Hendrix, CEO of Experience Hendrix, L.L.C. "It's a celebration of a man whose amazing gift changed the face of music and informed an entire culture. His influences were varied and diverse. And this year we're shining a light on that diversity with artists who represent it across cultures and who also share a love for Jimi and his music. It's exciting to be able to honor Jimi's enduring legacy in this way." 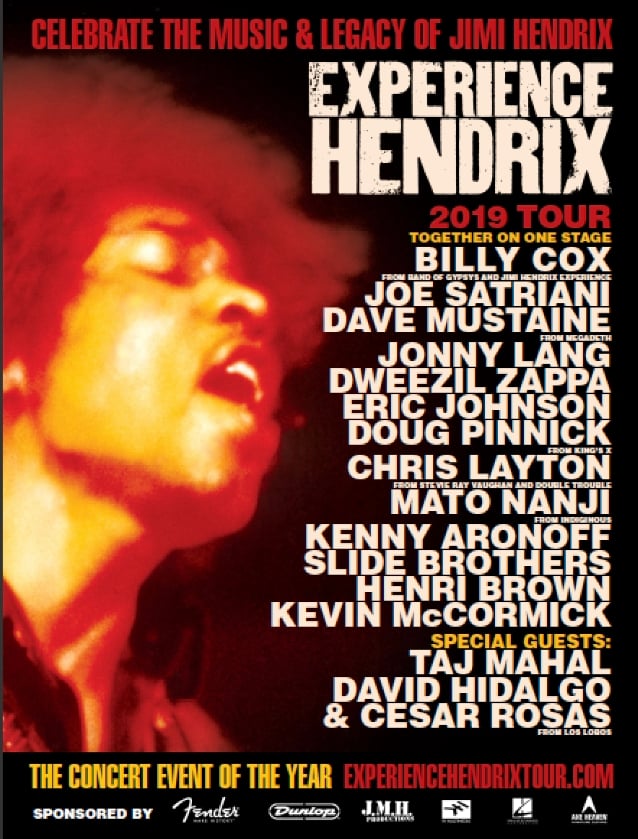