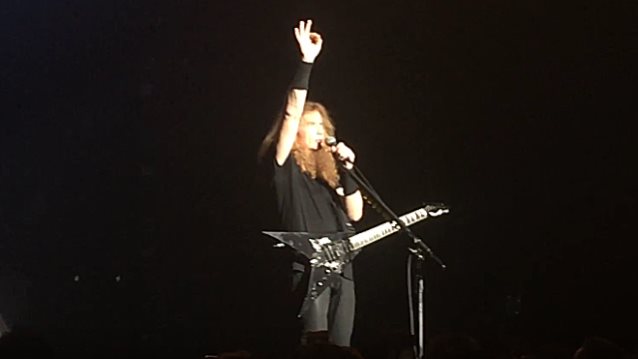 MEGADETH leader Dave Mustaine has paid tribute to Chris Cornell, saying that the world has "lost one of the most beautiful voices in rock."

Cornell performed a concert with SOUNDGARDEN at the Fox Theatre on Wednesday night (May 17) and was found dead in his Detroit hotel room at midnight.

Police in Detroit told Billboard that they are investigating Cornell's death as a possible suicide.

During MEGADETH's May 18 concert in Tokyo, Japan, Mustaine addressed Cornell's passing, telling the crowd (see video below): "Chris Cornell died today. Very sad. Very sad. Chris Cornell from SOUNDGARDEN — he died. Very sad. When I found out, I was so, so sad. Chris Cornell, a friend of mine, a friend of all of us from SOUNDGARDEN, died today and we have lost one of the most beautiful voices in rock and in history. And I don't even know what to say other than we're gonna dedicate this next song to you, our friends in Tokyo, 'cause we're here with you and we love you so much and we wanna celebrate Chris's life today."

MEGADETH then proceeded to perform a cover of SOUNDGARDEN's "Outshined", with Mustaine handling only lead vocals while accompanied by his bandmates.

Video below courtesy of Josh Chalmers at JCPIX 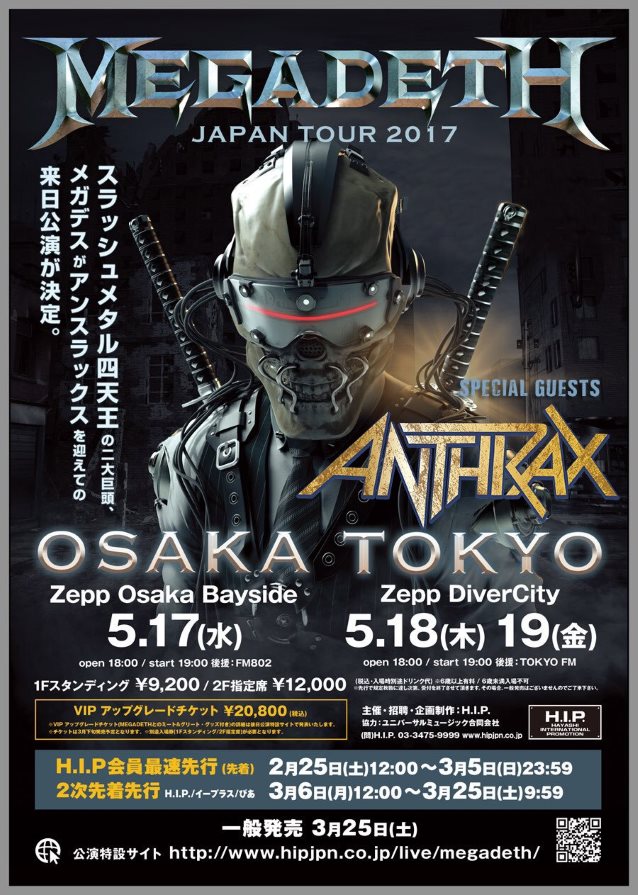