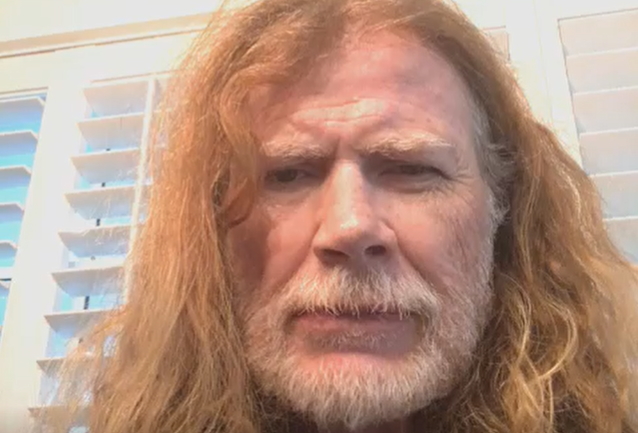 Dave Mustaine has confirmed that David Ellefson's long-completed bass tracks on the upcoming MEGADETH album have been removed and re-recorded by another bassist prior to the record's release.

Mustaine made the revelation while filming a new video message on Cameo, which lets users hire celebrities to record brief, personalized video messages about virtually any topic.

Addressing a fan named Tina, whose friend David ordered the Cameo from Mustaine, Dave said (as transcribed by BLABBERMOUTH.NET): "I hear you're a big pretty fan of [the MEGADETH song] 'Fatal Illusion' right now. That's cool. Actually, we've got one song on the new album — it's called 'The Dogs Of Chernobyl' — which is very similar to 'Fatal Illusion' in aggression. So I hope you like that song when you get the new record. It won't be long. It's a matter of finishing the parts when I get home [to Tennessee from vacationing in Florida] today and tomorrow. Our bass parts are all done. And it won't be long."