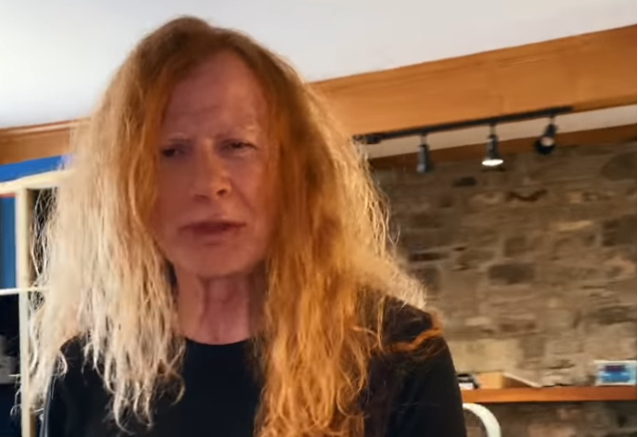 The MEGADETH leader offered a brief preview of the track at the end of a promotional video for his account on Cameo, which lets users hire celebrities to record brief, personalized video messages about virtually any topic. Check out the punishing new riff starting at the 22-second mark in the YouTube clip below.

Earlier in the week, Mustaine revealed in a Cameo message that MEGADETH's long-awaited sixteenth studio album is "almost done." He added: "I'm just listening to the last little bits right now. Kiko's [Loureiro, guitar] stuff is all done. We should be turning this in any day now. We've been turning in individual songs, and right now it's down to just approving the last couple of songs. So, keep your fingers crossed and hold your breath. It won't be long till there's a new MEGADETH record."