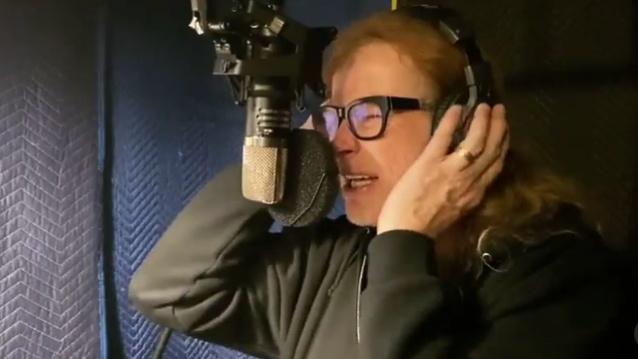 Dave Mustaine has shared a short video of him recording what he described as the "last vocal take" for the upcoming sixteenth MEGADETH studio album. He added in a caption: "Are ya ready?"