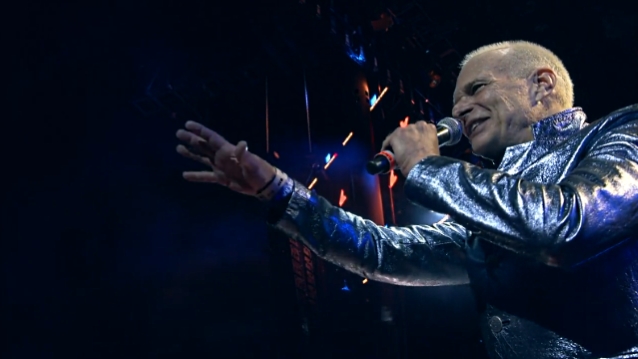 VAN HALEN singer David Lee Roth was asked by Hollywood Life in a new interview if he would ever join the list of A-list artists flocking to Las Vegas for residencies in the city. "Oh, I just pursued this," he responded. "I was over at the House of Blues yesterday. There's lots and lots of people requesting." As for what a David Lee Roth residency would entail, he said: "I kind of am the patron saint of midnight when everybody's guilty of all ages. It'd transcend neighborhoods. You can be wearing a cowboy hat or you can be wearing five-inch clogs out there with sparkles in your hair. You can have dreadlocks or a crew cut, you can wear a military uniform to work or you can wear a bikini to work and you know what David Lee Roth brings to the proceedings, okay?"

If Roth decides to do a Vegas residency, it won't be the first time he has set up shop in Sin City. Back in 1995, Roth completed a Las Vegas engagement at Bally's Hotel and Casino and another short run at MGM Grand. In its review of the opening-night concert, the Las Vegas Sun noted that around 700 people showed up to see the singer's Strip debut in a venue that seated 1,400.

In his book, Roth blamed his agent and the powers that be at the casinos for not sticking with the show and letting it build an audience.