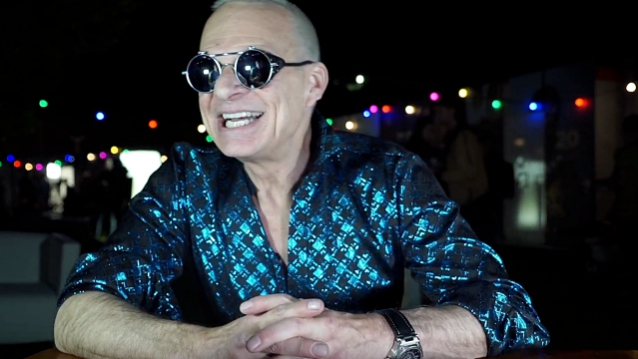 DAVID LEE ROTH Says He Will Be Seeing VAN HALEN Brothers This Week: There Is 'Plenty Of Music Coming Up'

During an interview with Toazted at last weekend's Pinkpop festival in Landgraaf, Netherlands, VAN HALEN singer David Lee Roth was asked if fans can expect to hear any new music from him in the not-too-distant future. He responded (see video below): "There is certainly more music. And if you wanna hear updates, dial in to DavidLeeRoth.com, David Lee Roth 'The Roth Show'. All roads lead to David Lee Roth after this many summers. And plenty of music coming up. I'm gonna be seeing the VAN HALEN brothers in the next week or so. We'll be talking what's coming up then."

Asked if there's new VAN HALEN music coming with his vocals, Roth said: "I make no promises, but I make promises, but I don't. I have to publicize now that I'm not talking."

Earlier this year, Roth worked with trance favorite Armin van Buuren on a remix of the VAN HALEN classic "Jump".