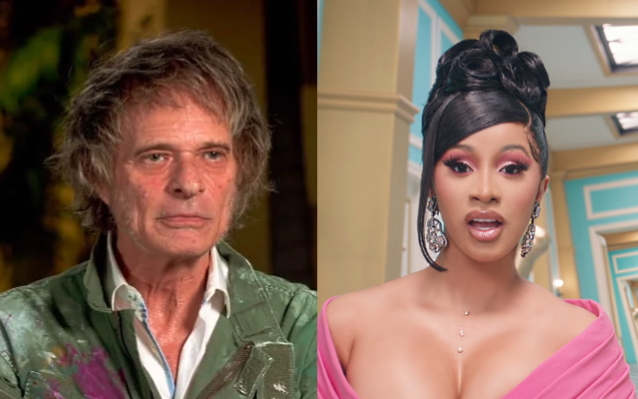 David Lee Roth has shared a new piece of original artwork which was apparently inspired by the controversy surrounding Cardi B and Megan Thee Stallion's nationally televised performance of their popular 2020 song "WAP" at this year's Grammy Awards. Check it out below.

For most of the last year, the VAN HALEN singer has been posting paintings on his Twitter account that reflect the times and channel the mass anxiety around the novel coronavirus.

Last March, Roth postponed the final six shows of his Las Vegas residency due to the coronavirus pandemic.