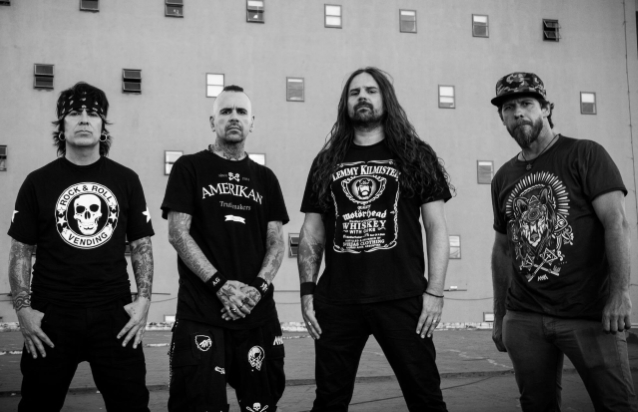 "Right now we're in the process of recording our third record," Alex said (see video below). "We were supposed to start the record this year, but, as you know, COVID came and everything just stopped. But what we did was we did a new single that's actually gonna be released this Friday. And the cool thing about this is that, like all musicians, we still need to play, we still need to create, so we all went into our home studios and we did this amazing song that, I think, fits perfectly with the times and what's going on right now. So that's the gonna be released this Friday — the single and the video. And then the idea is for us to start working on a new album in February. We already have about 15 songs."