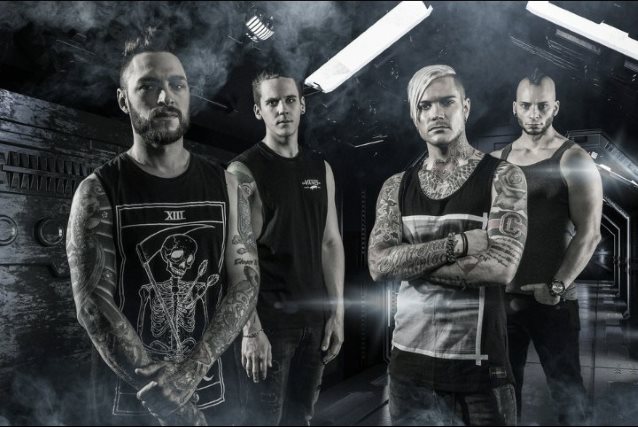 DEAD BY APRIL To Release 'Worlds Collide' Album In April

Formed in Gothenburg ten years ago, Swedish band DEAD BY APRIL returns with its fourth album, "Worlds Collide", on April 7 via Spinefarm. Since the turbulence around the last record, "Let The World Know", drummer Marcus Rosell (ENDS WITH A BULLET) has replaced Alex Svenningson. And as a result of Zandro Santiago leaving the band in 2014, the clean vocals are, for the first time ever on a DEAD BY APRIL album, handled by the founder, guitarist and songwriter Pontus Hjelm. Together with Marcus Wesslén (bass) and Christoffer Andersson (vocals) the now-four-piece act is more focused than ever.

"It's liberating to have a respectful attitude to each other in the band, and to be able to put all energy on the music instead," says Pontus Hjelm.

"Worlds Collide" was once again produced by Pontus Hjelm. But this time DEAD BY APRIL had famous American producer Ben Grosse, known for his work with artists like MARILYN MANSON, SLIPKNOT, ALTER BRIDGE and DISTURBED, lay his hands on the final production. Grosse mixed "Worlds Collide" in Los Angeles and carved out a more grown DEAD BY APRIL sound that the fans will both recognize and hear distinct development in. The dynamic result spans from the powerful rock ballad "Perfect The Way You Are" to the aggressive all growl track "This Is My Life".

"What's relatively new sound wise on this album is that my clean vocals also has some rawness to it," Hjelm says. "I put more power into my singing, which adds attitude to the vocals. It was a challenge getting there without a complete change in our sound."

Having blasted its way into the metal scene, with MySpace as a springboard, DEAD BY APRIL debuted with its self titled album in 2009. That same year the band had an instant breakthrough with the single "Losing You", which soon led DEAD BY APRIL to gold albums in Sweden for both the debut album and the 2011 follow-up, "Incomparable". Fans all over the globe have discovered the unique sound of DEAD BY APRIL and the band have toured the world since — with artists like LINKIN PARK, AVENGED SEVENFOLD, KILLSWITCH ENGAGE and SLIPKNOT. But along with the success their natural mix of catchy pop melodies and aggressive metal have provoked some listeners throughout the bands entire career. On the new album, this has inspired "Can You See The Red", a song reflecting on Internet hate as a phenomenon. And according to Pontus Hjelm it ended up being one of the angriest songs the band's ever written.

"It's quite depressing. How can the hate comments on YouTube be the same as they where ten years ago? It is provocative," he says. "But on the other hand, we don't really care. We won't be provoked by a single comment. The song is some kind of of reflection on how ridiculous the online hatred is. But it's complex. A pure hater probably has other problems behind all those comments."

And on "Worlds Collide", DEAD BY APRIL will likely once again provoke listeners with their music. The powerful ballad "For Every Step" breaks new ground for the band as none of the singers Christoffer "Stoffe" Andersson and Pontus Hjelm handles the vocals. Instead they have brought in the true Swedish voice giant Tommy Körberg. Not only has the singer been one of the most respected artists in Sweden for almost five decades, Körberg is also well known for his international work in both Eurovision Song Contest and the highly acclaimed musical "Chess" (written by ABBA legendary masterminds Benny Andersson and Björn Ulvaeus). At the age of 68, Körberg makes a breathtaking metal debut.

The idea came from "Stoffe" who heard the voice of Körberg in his head when working on the demo. DEAD BY APRIL contacted the singer, who loved the song and agreed to make a exclusive guest appearance. After one hour in a studio in Stockholm, the vocals were done.

"It was awesome," says Hjelm. "Tommy Körberg, almost 70 years old, enters the studio and doesn't even bother to warm up his voice. He pulls off his leather jacket, steps into the tracking room and just nails it."

The collaboration could've ended there. The idea was to have Körberg singing one of the verses and Pontus the rest. But just a few days after the recording session in Stockholm, the Swedish icon is having second thoughts — Körberg is convinced that "For Every Step" will turn out even better if he sings the entire song by himself.

"It was very flattering," says Pontus Hjelm. "I replied, 'Of course, you are the best voice in Sweden.' Then he took a train to Gothenburg and recorded the rest of the vocals in my studio. It was awesome." 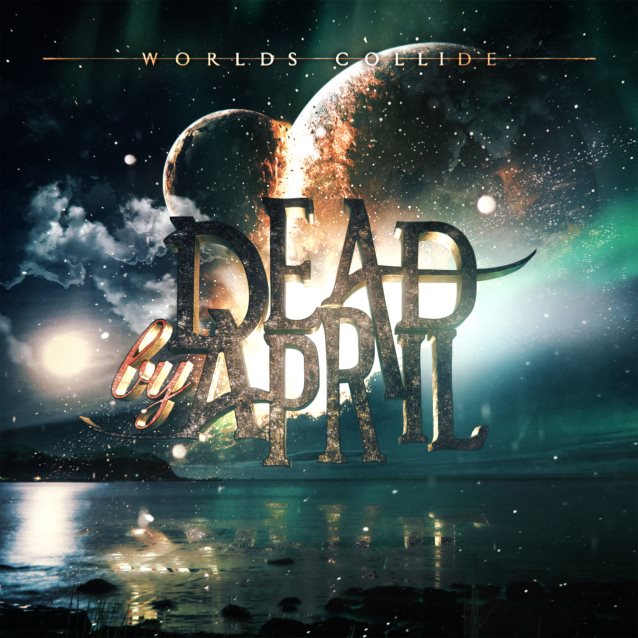