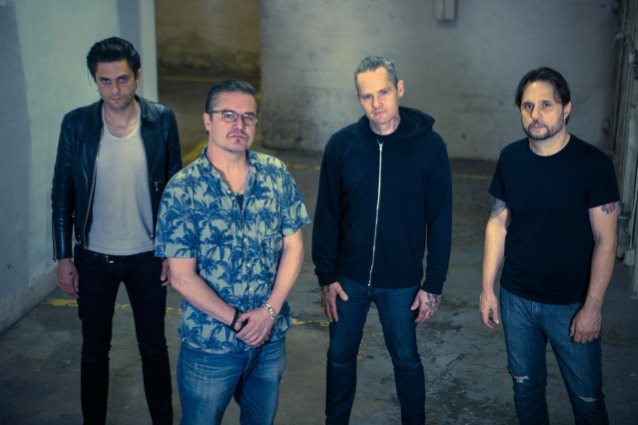 DEAD CROSS, the Southern California outfit featuring drummer Dave Lombardo (ex-SLAYER, SUICIDAL TENDENCIES, MISFITS) and singer Mike Patton (FAITH NO MORE),has released a music video for the song "Church Of The Motherfuckers". The clip is described in a press release as "a visual rebuke of organized religion."

"We are not capable of understanding aspects of molecular genetics, let alone the universe," said DEAD CROSS bass player Justin Pearson of the Michael Panduro-directed video. "I'd rather not fill in the blanks with outlandish oppressive morals, offensive social politics, and patriarchal garbage. In the year 2017 AD, some humans still think there is a god."

The band, which also includes guitarist Michael Crain (RETOX, FESTIVAL OF DEAD DEER),recently announced it will head to Europe next summer, already confirming a June 17 performance at Download Paris. More dates will be announced soon.

The self-titled debut album from DEAD CROSS was released on August 4 via Ipecac Recordings. The effort was helmed by producer Ross Robinson, who has previously worked with KORN, DEFTONES, SEPULTURA and LIMP BIZKIT, among others, and was mastered at Golden Mastering in Ventura, California.