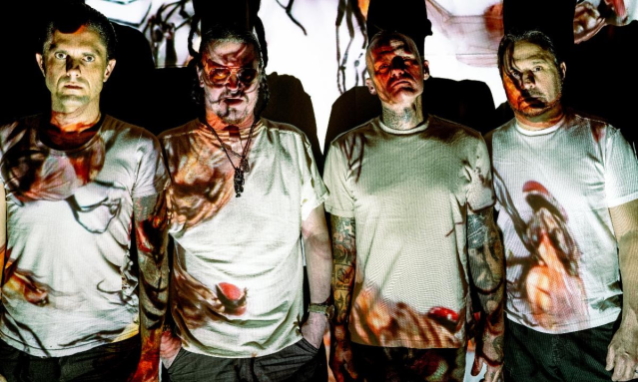 "'Heart Reformer' was as much fun to write as it is to listen to," says Crain. "It's a classic DEAD CROSS song. It's a pit stirrer and a fist pumper!" The short-film-like clip, which takes the track's title literally, was directed and edited by Dark Details (a.k.a. Chris J. Cunningham)

DEAD CROSS broke the news of "II"'s impending arrival with the release of "Reign Of Error", a track Stereogum described as a "freaked-out, blisteringly fast" single, and Consequence said "is a blaster, with Lombardo's double-kick drum anchoring the controlled chaos." The one-minute and forty-five second wake-up call of a song is matched with a Displaced/Replaced-crafted clip that offers a scathing critique of the U.S. Supreme Court. Loudwire described the clip as "insane" and Brooklyn Vegan dubbed it "apocalyptic."

"II", while both a raucous hardcore collection, and at times, a politically charged opus, has its roots in friendship, with the band rallying together after Crain received a surprise cancer diagnosis.

"Words can't even begin to describe how much this album means to me. It's birthed of pain and uncertainty," adds Crain. "The slow, excruciatingly painful, and nauseating recovery from cancer treatments were the catalyst for every riff and note on this album. However, my will to live and be with my brothers Justin, Dave, Mike, and co-producer Ross Robinson, got me out of bed and running into the studio every day to get it all on tape."

The "II" album cover was created by Eric Livingston and can be seen below.

Regarding how he decided to move forward with "II", Patton told Rolling Stone: "The other guys started recording it pre-pandemic. But our guitar player got Covid and then got diagnosed with cancer. What do you even say about that? It's like, 'Jesus Christ.' I thought, 'Okay, well, let's shelve this for a while until … ' But man, he was an absolute trooper. And he said, 'No, I need to make this record. It's going to heal me. It's going to make me feel better. It's going to be my cure in a way.' And goddamn it, he was right. And he beat it. And then I was going through some shit, too — not to skirt that — so basically, this record took way longer than it should have."

Asked what made him want to do another DEAD CROSS album in particular, Patton said: "Well, because the first one was so fucking good. We had such a good time when we toured, and it worked. And there are many other projects that I've done in a recording studio that maybe worked as a record, but we didn't tour; you didn't develop a camaraderie, a sense of team. With DEAD CROSS, it did. And it just made me think, 'Yeah, this is something that I got to keep doing.' And when they started recording, and they were sending me stuff, I was like, 'Oh, God. This is amazing.' And it's different. It's a little more nuanced. It's slightly more melodic. And there's more, I think, dynamism in it. And that's right up my alley."

The self-titled debut album from DEAD CROSS was released in August 2017 via Ipecac Recordings.

Five years ago, Patton told Rolling Stone that he got involved with DEAD CROSS after reaching out to Lombardo to see if he could release the band's album on Ipecac. After getting a text from the drummer asking him to join the group, "my jaw dropped," the singer said. "I was like, 'Who, me? Hmm …' And I think it took like all of 30 seconds, but in a sarcastic way, I'm like, 'Yeah, of course. I can do this. Are you sure you want me?' So I kind of second-guessed him a little bit. And he said, 'Man, you'd be our dream vocalist.' And then it was just a matter of logistics. I decided to record it here in my basement, which is fitting. It shouldn't sound too polished." 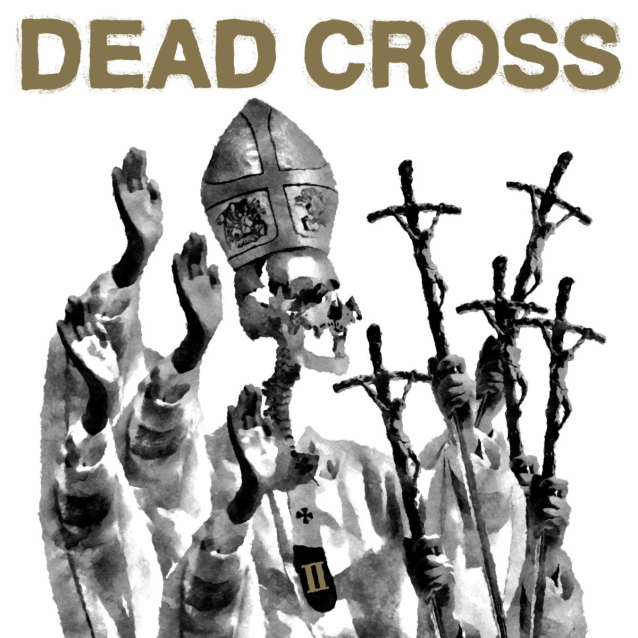 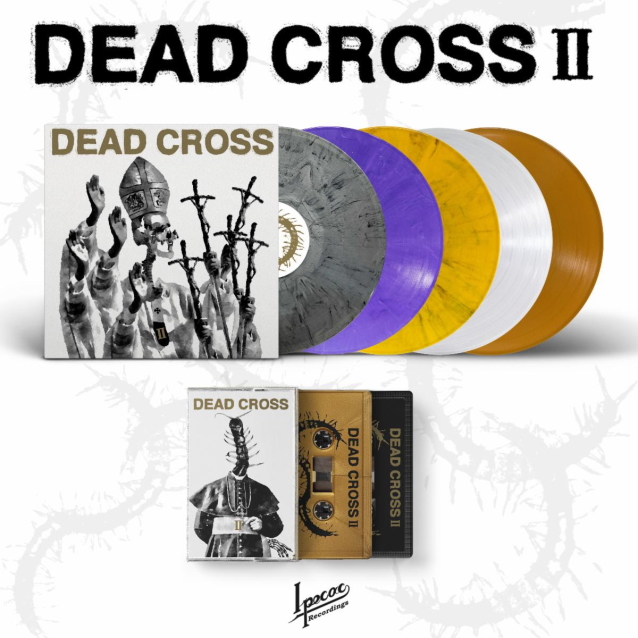