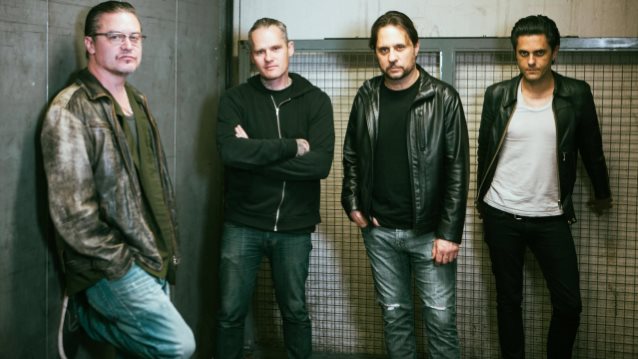 "Grave Slave", a brand new song from DEAD CROSS, the Southern California outfit featuring drummer Dave Lombardo (ex-SLAYER, SUICIDAL TENDENCIES, MISFITS),and singer Mike Patton (FAITH NO MORE),can be streamed using the SoundCloud widget below. The track is taken from DEAD CROSS's debut album, which will be released on August 4 via Patton's Ipecac Recordings. The effort was helmed by producer Ross Robinson, who has previously worked with KORN, DEFTONES, SEPULTURA and LIMP BIZKIT, among others, and was mastered at Golden Mastering in Ventura, California.

DEAD CROSS has announced an appearance at Riot Fest in Chicago in September, and is planning two-week West Coast run in August and another one on the East Coast in September.