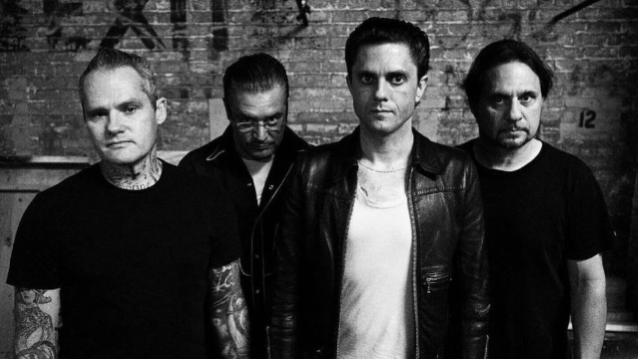 DEAD CROSS, the Southern California hardcore outfit featuring Dave Lombardo (SLAYER, SUICIDAL TENDENCIES, MISFITS),Mike Patton (FAITH NO MORE, TOMAHAWK),Justin Pearson (THE LOCUST, RETOX) and Michael Crain (RETOX, FESTIVAL OF DEAD DEER),has unveiled a video for "Skin Of A Redneck". The track is taken from the foursome's self-titled EP, which was released in 2018 via Ipecac Recordings.

01. Skin Of A Redneck
02. My Perfect Prisoner
03. Shillelagh (Panicker Remix)
04. Church Of The Motherfuckers (Planet B Remix)

The self-titled debut album from DEAD CROSS was released in August 2017 via Ipecac Recordings. The effort was helmed by producer Ross Robinson, who has previously worked with KORN, DEFTONES, SEPULTURA and LIMP BIZKIT, among others, and was mastered at Golden Mastering in Ventura, California.