Capital Chaos TV has uploaded video footage of DEAD CROSS's entire August 29 performance at Ace Of Spades in Sacramento, California. Check it out below.

The self-titled debut album from DEAD CROSS, which is rounded out by bassist Justin Pearson (THE LOCUST, RETOX, HEAD WOUND CITY) and guitarist Michael Crain (RETOX, FESTIVAL OF DEAD DEER),was released on August 4 via Ipecac Recordings. The effort was helmed by producer Ross Robinson, who has previously worked with KORN, DEFTONES, SEPULTURA and LIMP BIZKIT, among others, and was mastered at Golden Mastering in Ventura, California. 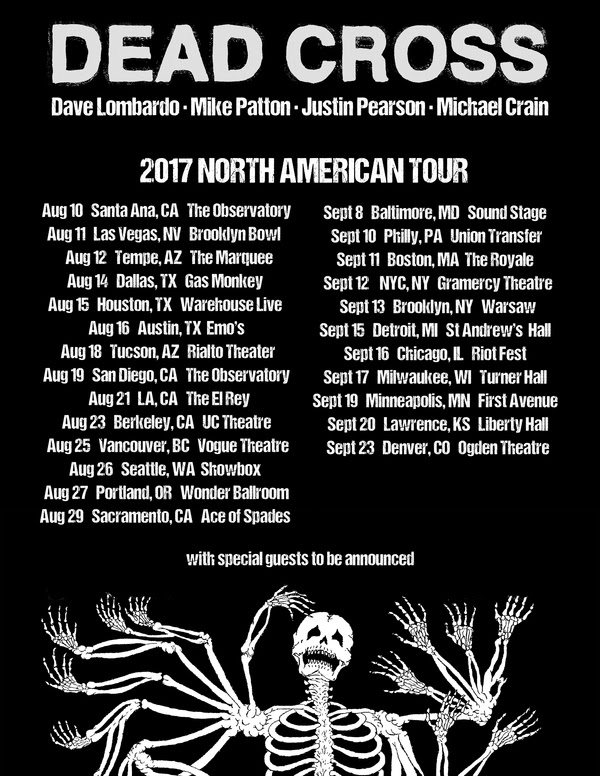