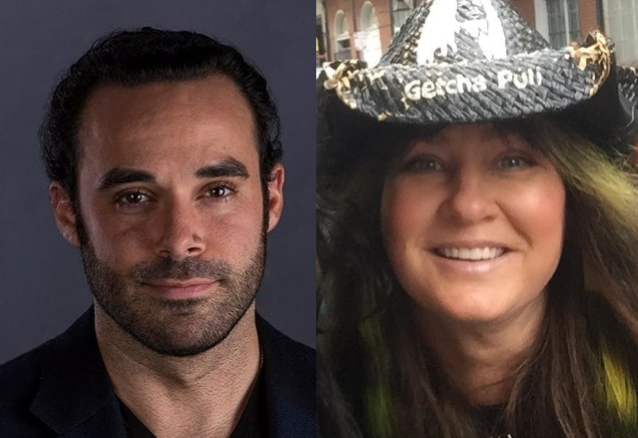 Dean Guitars CEO Evan Rubinson has accused Rita Haney of making "slanderous" comments about him in an attempt to "incite riots and death threats" against him personally.

On Monday (August 16),Haney, the longtime girlfriend and trustee of the estate of the late PANTERA guitarist "Dimebag" Darrell Abbott, announced that she was cutting ties with Dean Guitars after 17 years with the company. She also revealed that she had filed a lawsuit against Dean, alleging fraud, breach of written agreement and false endorsement, among other claims.

When a regular BLABBERMOUTH.NET commenter tweeted out an article from this site about the lawsuit and included the message "if the [Dean] CEO actually told Rita: 'Dime has been dead for 16 years,' he might want to walk that back, bad comment in a dialogue to the girlfriend of the guy being discussed and his legacy, @Pantera were A leaguers", Evan responded: "Total slanderous comment & devoid of reality. This is Rita's desperate attempt to incite riots & death threats against me personally. I challenge her to release voice recordings of me ever disparaging or degrading Dime or Vinnie (the latter of which was a very close friend)."

Evan Rubinson initially responded to Haney's lawsuit in a statement on Tuesday (August 17). In the statement, he wrote: "We have always treated Dime and his brother Vinnie with the utmost respect and loyalty. We have enjoyed a long-standing, 17-year relationship with Dime and Vinnie, and continue that relationship with Vinnie's estate on the ddrum side.

Total slanderous comment & devoid of reality. This is Rita’s desperate attempt to incite riots & death threats against me personally. I challenge her to release voice recordings of me ever disparaging or degrading Dime or Vinnie (the latter of which was a very close friend).

https://t.co/KuvI2n8I6Q Check out my statement in response to @DimebagzHag suing us. Also, check out the comments, as they provide good perspective from both angles. @Pantera@dimebagdarrell@DeanGuitars