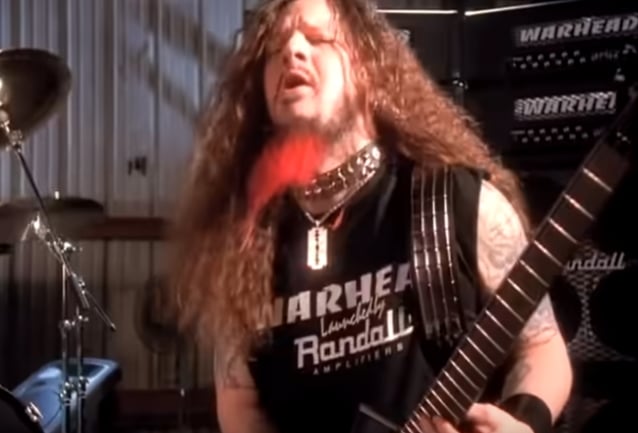 DEAN GUITARS CEO Calls DIMEBAG Lawsuit 'Baseless, Without Any Merit And Not Grounded In Reality'

Dean Guitars CEO Evan Rubinson has responded to the lawsuit filed against the company by the estate of late PANTERA guitarist "Dimebag" Darrell Abbott.

On Monday (August 16),Rita Haney, Dimebag's longtime girlfriend and trustee of his estate, announced that she was cutting ties with Dean Guitars after 17 years with the company. She also revealed that she had filed a lawsuit against Dean, alleging fraud, breach of written agreement and false endorsement, among other claims.

Earlier today, Evan Rubinson released the following statement: "We have always treated Dime and his brother Vinnie with the utmost respect and loyalty. We have enjoyed a long-standing, 17-year relationship with Dime and Vinnie, and continue that relationship with Vinnie's estate on the ddrum side. 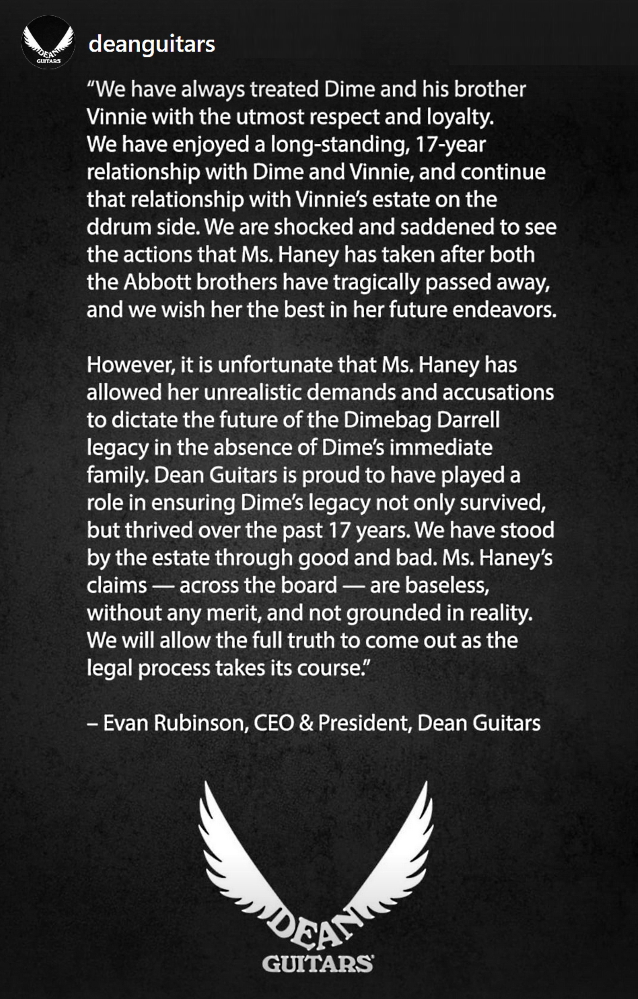